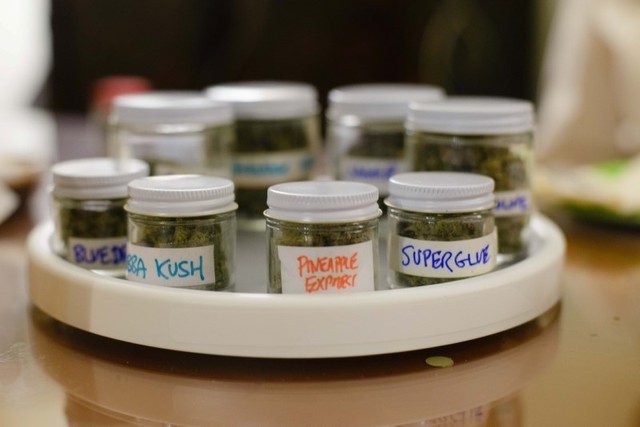 A recreational marijuana user's supply is displayed at a home in Washington, DC, January 23, 2018, where the drug is legal under local law but forbidden under federal law. REUTERS/Randall Mikkelsen

NEW YORK (Reuters) – Baby Boomers, members of the generation that popularized “getting stoned” in their younger years, are turning to marijuana in retirement through second careers in the $11 billion business.

Cannabis has emerged as an economic driver that some U.S. states see as a way of helping to fund budget items such as public school spending.

Marijuana use is a federal crime in the United States, but it is legal for medical use in 30 states and recreational marijuana is allowed in nine states and the District of Columbia.

The Baby Boom generation includes people born between 1946 and 1964, and some of them are already working in the cannabis business.

“I do like the idea of remaining relevant, active, having a passion. The idea of sitting by a lake in northern Wisconsin and fishing all day doesn’t hold much appeal to me,” he said.

In New Jersey, where medical marijuana is legal and newly elected Governor Phil Murphy has promised to do the same for recreational marijuana, blogger Patricia Patton runs the “cannaboomer” website.

And in New York City, venture capitalist Jeanne Sullivan, who said she is in her 60s, consults with up and coming cannabis entrepreneurs.

“(It’s) a rich sector in which to play, in which to contribute ideas and information, to invest, to create business, to be a medical professional and to be an activist,” Sullivan said.