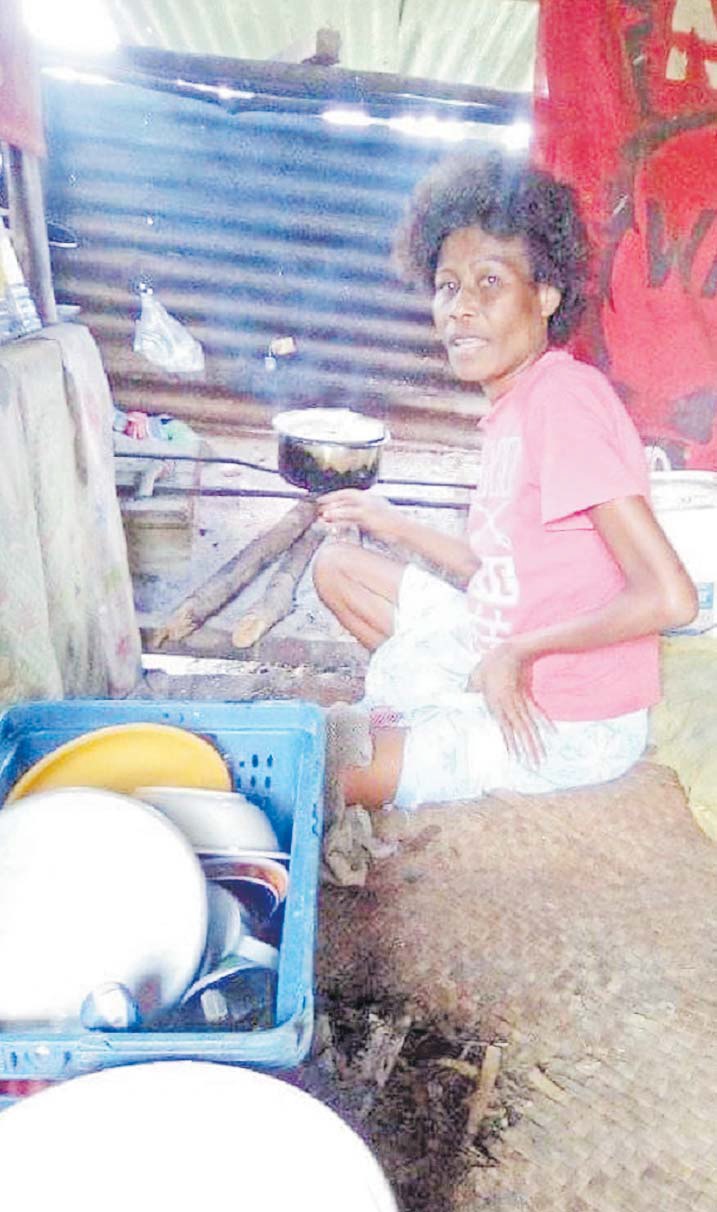 Seini Naikilakila cooks in her kitchen at Vanuakula Village in Naitasiri. Picture: SUPPLIED

Receiving the news of being diagnosed with cervical cancer was like a death sentence, says Seini Naikilakila.

Mrs Naikilakila described her emotions that day as a “mental blackout” as she shut herself down trying to digest the news.

The Vanuakula Village, Naitasiri native said the symptoms began with stomach pains that she experienced a couple of times.

The 45-year-old, who has been married for the past 12 years, resigned from her work at the Vanuakula Catholic Parish as she could not handle her stomach aches, which had worsened progressively.

“At one point, I was passing blood through the pains which was really worrying,” she said.

“Together with my husband, we went to the Naqali Health Centre for treatment where I was given a form for an x-ray at CWMH which followed testing.

“After that, I was shown the X-ray results which indicated that part of my womb is black and that I was having cervical cancer.

“I was told to attend surgery but again, the doctor advised me that my cancer had entered the third stage and it was too late to stop the cancer.”

During this time, Mrs Naikilakila said she was unable to perform simple household chores as she was too weak.

Mrs Naikilakila said her husband persuaded her to return to the village and seek help from a herbalist there.

“We went and present our bulubulu (traditional iTaukei way of solving conflict) to the church and the vanua and to my in-laws.

“I went to my village in Drauniivi to sought some herbal medicine from there.”

Mrs Naikilakila was re-admitted in July this year and upon discharge, she met a pastor from a church who advised her to pray and fast about her condition.

“God works in mysterious ways and since July, I have witnessed a change in my body as I have begun to heal.

“I can now go out fishing again and have begun doing my household chores again.

“I just praise our Almighty God for giving me life again to do what I used to do before.”

Mrs Naikilakila advises women who suffer from any complications to seek medical assistance from professionals.

“Whether the complications are in the breast area or any other body part, they need to seek help to know the status of their health,” she said.

“I was at a point where I had no chance as I was in the third stage of my cancer but I am thankful for divine intervention.”