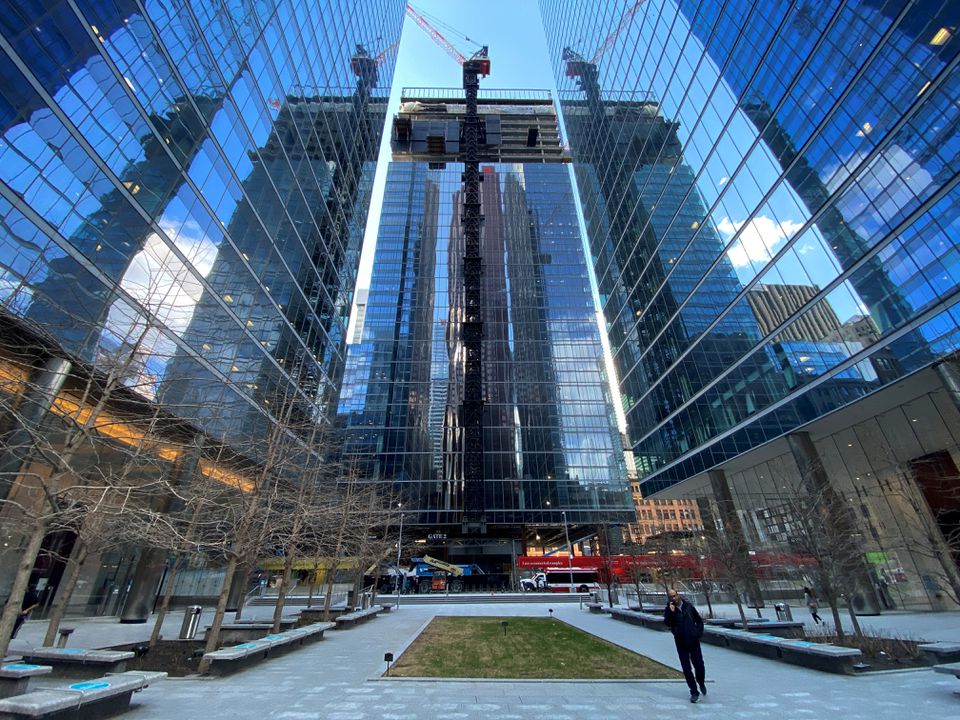 The Canadian economy roared back in the third quarter, with growth most likely accelerating in October on a manufacturing rebound, though economists were cautious on the looming impact of the Omicron COVID-19 variant.

Canada’s economy grew 5.4% in the third quarter on an annualized basis, beating analyst expectations for a gain of 3.0%, Statistics Canada data showed. A preliminary estimate for October showed a gain of 0.8%, while September’s GDP was in line with expectations for a 0.1% rise.

Statscan revised down annualized second-quarter GDP to a contraction of 3.2% from a previous dip of 1.1%. But with the October gain, economic activity is now just 0.5% below pre-pandemic levels.

“The October increase was maybe more encouraging for the speed of recovery even than the third quarter numbers,” said Nathan Janzen, senior economist at Royal Bank of Canada.

“There is a lot of uncertainty right now about how long this can be sustained just given … the Omicron variant.”

The third-quarter rebound was driven by one of the largest household spending sprees on record, as COVID-19 restrictions were eased and consumers bought everything from clothing to personal grooming services. Exports were also up, led by crude oil.

“We had a pretty strong showing in consumer spending. So that was nice to see after the weakness we had in the second quarter,” said Jimmy Jean, chief economist at Desjardins Group.

“But now the question is what’s going to happen in fourth quarter,” he added, pointing to both the emergence of the Omicron variant and flooding in the western province of British Columbia that cut off a key port from the rest of Canada. “It seems the more we go into the quarter the risk has tilted to the downside.”

Canada has reported five cases of the Omicron variant. The health minister in the province of Quebec warned residents to rethink holiday travel.

The Bank of Canada last month signaled it could start hiking rates as soon as April 2022, with inflation set to stay above target through much of next year due to supply chain bottlenecks and high energy prices.

The Canadian dollar was trading 0.2% lower at 1.2768 to the greenback, or 78.32 U.S. cents. Investors are pricing in a first rate hike in either March or April.