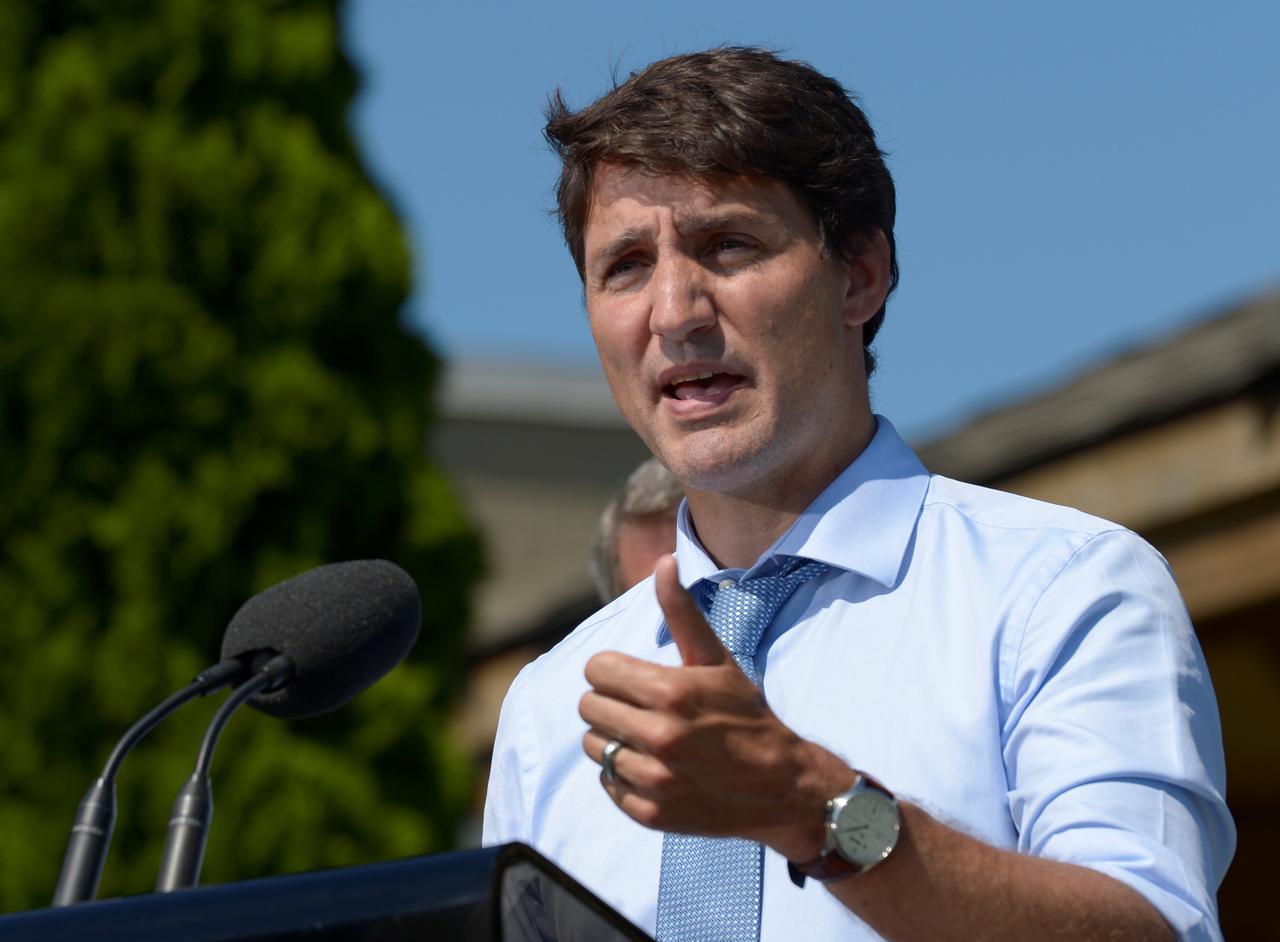 OTTAWA (Reuters) – Canadian Prime Minister Justin Trudeau came under pressure on Monday from the opposition Conservatives who warned against giving any assistance to Jack Letts – a dual citizen dubbed “Jihadi Jack” by the media – after Britain’s decision to strip him of his British citizenship.

Letts, who had dual Canadian-British citizenship, said he hopes Canada can get him out of the Kurdish prison where he has been held for about two years, even if it means he goes to prison in North America, according to an ITV News interview.

The timing of the Letts’ case – just two months ahead of the election – is not good for Trudeau. Most polls show the Conservatives holding a slight lead nationally ahead of the Oct. 21 vote.

“‘Jihadi Jack’ is in prison now and that is where he should stay,” Conservative leader Andrew Scheer said in a statement to Reuters. “A Conservative government under my leadership will not lift a finger to bring him back to Canada.”

Letts, a Muslim convert, left Britain for Syria in 2014 when he was 18, according to media reports.

Canada’s foreign ministry said on Monday its ability to provide consular assistance in Syria was “extremely limited.” On Sunday, Canada said it had “no legal obligation to facilitate” Letts’ return.

“If the Trudeau government is contemplating helping Jihadi Jack come to Canada, we urge him to stop those attempts now,” Conservative lawmaker Pierre Poilievre said on Global News TV on Sunday. “It is not the job of the Canadian government or the Canadian taxpayer to now come to his rescue after he’s been caught.”

Britain’s decision prompted a response from Trudeau’s Liberal government on Sunday, with Canada saying in a statement that the United Kingdom was trying to “off-load” its responsibilities in the case.

“I’ve always felt that I am Canadian, my dad is Canadian, and I never grew up being accepted as a British person anyway,” Letts told ITV. “I hope Canada does take me from here, I could go there, to prison of course.”

Even if Canada could get people out of Syria, they “would most likely be detained by authorities and face serious charges in neighboring countries,” a government source said.

Asked whether his government would help the Letts family, Trudeau avoided a direct answer on Monday.

“It is a crime to travel internationally with a goal of supporting terrorism or engaging in terrorism and that is a crime that we will continue to make all attempts to prosecute to the fullest extent of the law,” he said. “That is the message we have for Canadians and for anyone involved.”

Letts’ father disputed the “knee-jerk assumption” that his son fought with Islamic State while in Syria, but added that if his son had broken the law, he should be tried, according to an interview with Canada’s Global News radio on Sunday.

“If Jack Letts has done something wrong, I will be the first person to stand up and condemn him publicly and ask for him to go on trial and be punished for what he did,” he said.