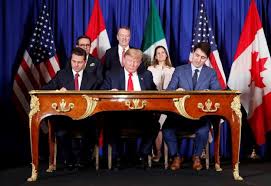 Relations between the two leaders have improved in recent months since hitting a low in June 2018 after Trump insulted Trudeau in the wake of a Group of Seven summit in Canada.

Trudeau’s office said Trump and Trudeau would discuss ratification of a new U.S.-Mexico-Canada trade deal which was signed last November. Some Democrats have suggested reopening the deal to boost enforcement provisions but Canada says the idea is unworkable.

Trudeau also wants to raise the case of two Canadians who were detained in China after Vancouver police picked up a senior Chinese telecommunications executive on a U.S. arrest warrant.

Canadian officials have complained the United States is not exerting enough pressure on Beijing to free the two men and suggest Ottawa could withhold cooperation on major issues.