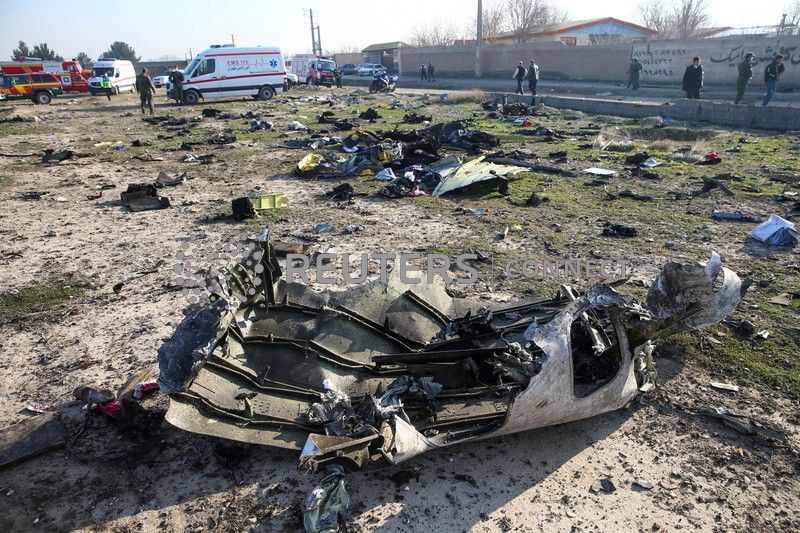 FILE PHOTO: Debris of a plane belonging to Ukraine International Airlines, that crashed after taking off from Iran's Imam Khomeini airport, is seen on the outskirts of Tehran, Iran January 8, 2020. Nazanin Tabatabaee/WANA (West Asia News Agency) via REUTERS

OTTAWA (Reuters) – Canadian Prime Minister Justin Trudeau on Friday urged Iran to send the black boxes from the passenger plane shot down by its forces to France for analysis and said the first remains of victims should soon arrive back in Canada. Trudeau told a news conference in Ottawa that France was one of […]