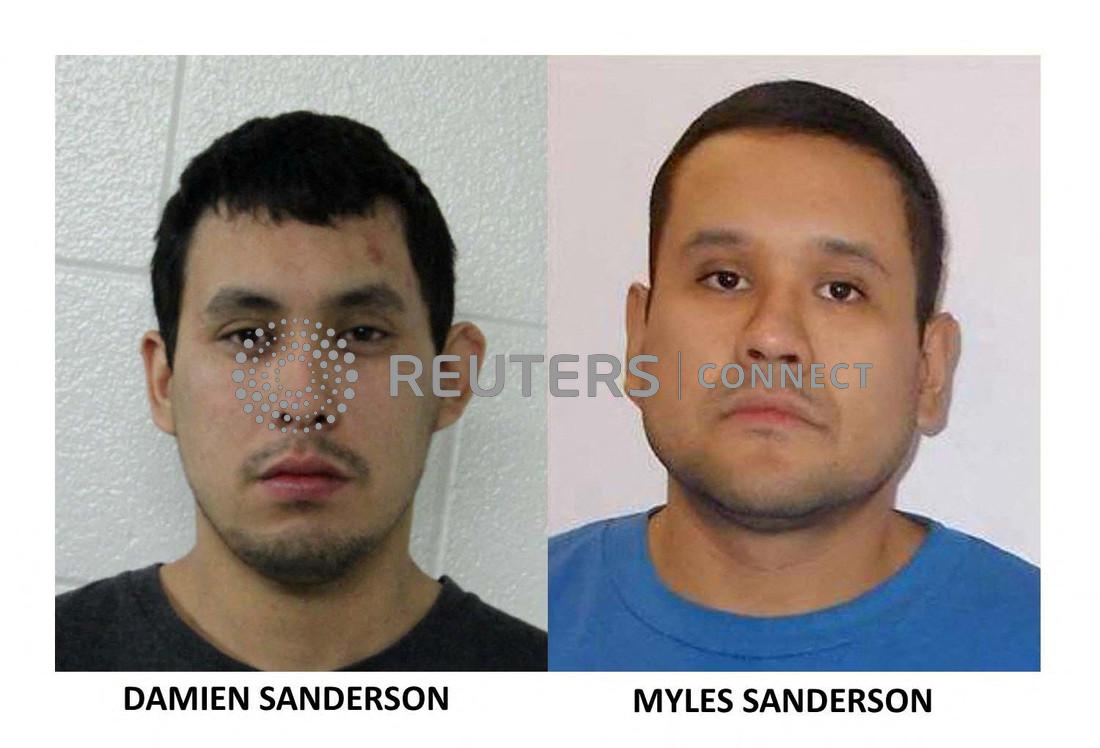 Damien Sanderson and Myles Sanderson, who are named by the Royal Canadian Mounted Police (RCMP) as suspects in stabbings in Canada's Saskatchewan province, are pictured in this undated handout image released by the RCMP September 4, 2022. RCMP/Handout via REUTERS

OTTAWA (Reuters) -Preliminary tests found no signs of external trauma that could have caused the death of a mass stabbing suspect who died in police custody after one of Canada’s deadliest mass violence incidents earlier in September, a coroner said on Wednesday.

Myles Sanderson, 30, and older brother Damien Sanderson, 31, were suspected of killing 10 people and wounding 18 others in a stabbing rampage in the James Smith Cree reserve and nearby village of Weldon in Canada’s Saskatchewan province earlier this month.

Myles was caught after an intense four-day manhunt and subsequently died in police custody, clouding prospects of investigators ever clearly determining the motive for the deadly attacks. Damien was found dead earlier.

The Canadian government directed questions about the CBC report to the Royal Canadian Mounted Police in Saskatchewan, which did not immediate respond to a request for comment.

Weighill said officials were still waiting for other test results, including toxicology and neuro pathology reports, before determining the cause of Myles’ death. It could take three to fourth more months to get those results, he said.

“This is very, very preliminary, but that’s the best I can give you right now,” Weighill said.

Weighill was speaking to reporters after announcing a public inquest, where a jury would hear all available evidence behind the cause of deaths in the incident. The inquest, which cannot be held until the investigation is complete, is expected in late spring or early summer of next year.

Police has said Myles “went into medical distress” after he was detained, despite the efforts of emergency personnel on the scene. He was pronounced dead at a hospital.