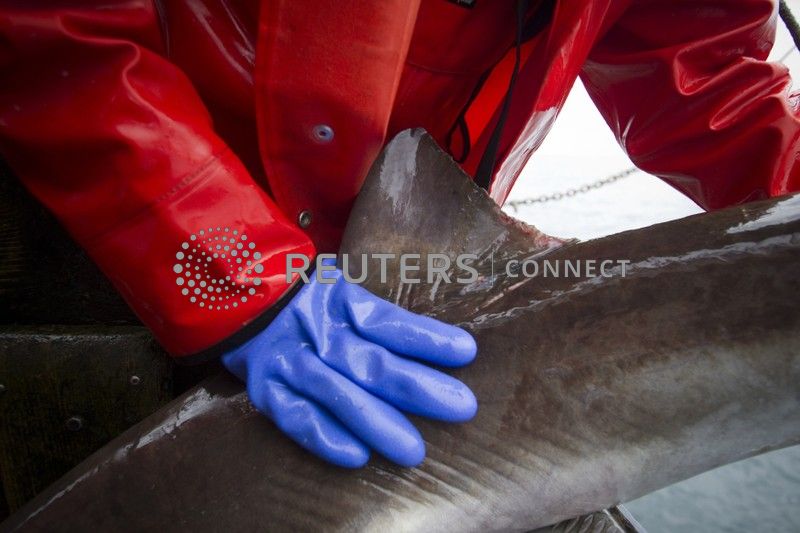 FILE PHOTO: A shark fin is pictured aboard the Ocean Sunset commercial fishing boat in the Pacific Ocean off of Ucluelet, British Columbia June 24, 2012. REUTERS/Ben Nelms

The new Fisheries Act, approved late on Tuesday, was hailed by environmental and conservation groups as a win for the preservation of fish habitats and for the shark population. Canada has become the first G20 country to ban the export and import of shark fins, said Josh Laughren, executive director of Oceana Canada, a private conservation group.

“With all laws, how they’re implemented matters, but there’s no question this has the potential to be transformative for how we manage Canada’s oceans,” Laughren said.

He added that Canada is the largest importer of shark fins outside of Asia. According to Statistics Canada, 148,241 kg of shark fins were imported in 2018, for a total value of C$3.2 million ($2.4 million).

A 2018 Canada government report said that in 2017 35% of major fish stocks were healthy, with 14% in the cautious zone and 10% critical. That represents the lowest number of healthy fish stocks since 2011.

Senator Michael MacDonald, who first tabled a ban on shark fins in 2017 said, “This is just one step forward; it’s not the end, but it’s an important one and sends a signal to the world that this practice is wrong, has to be stopped, and Canada will not participate in the import of these fins anymore.”