Can pips Commonwealth champion McColgan to 10,000m gold at Europeans 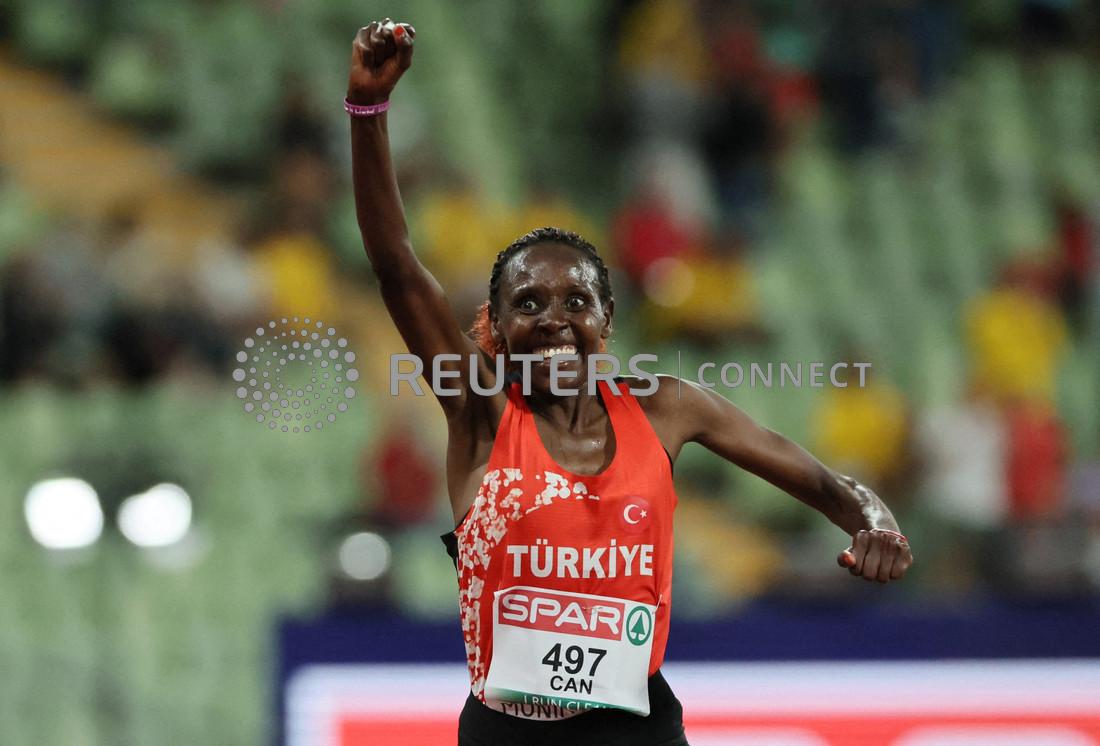 McColgan looked well set for a podium finish when she took the lead early in the race as she battled with Can but the Turkish runner pulled away after the 7,000 metres mark.

Can was too fast for McColgan and won in 30 minutes 32.57 seconds — nearly nine seconds ahead of the Scot. Israel’s Lonah Chemtai Salpeter finished third.

McColgan had followed in her mother’s footsteps by winning the Commonwealth Games 10,000m title barely two weeks ago. She had also won the silver in the 5,000 metres in Birmingham, England.

Earlier on Monday, Germany’s Richard Ringer stormed to marathon gold with a late sprint to the finish, beating Israel’s Maru Teferi on the final stretch and collapsing in disbelief at the line before getting to his feet to celebrate his victory.

Roared on by the home fans, Ringer crossed the line with a season’s best time of two hours 10 minutes and 21 seconds — two seconds ahead of Teferi — while Israel’s Gashau Ayale completed the podium places, finishing a further six seconds behind.