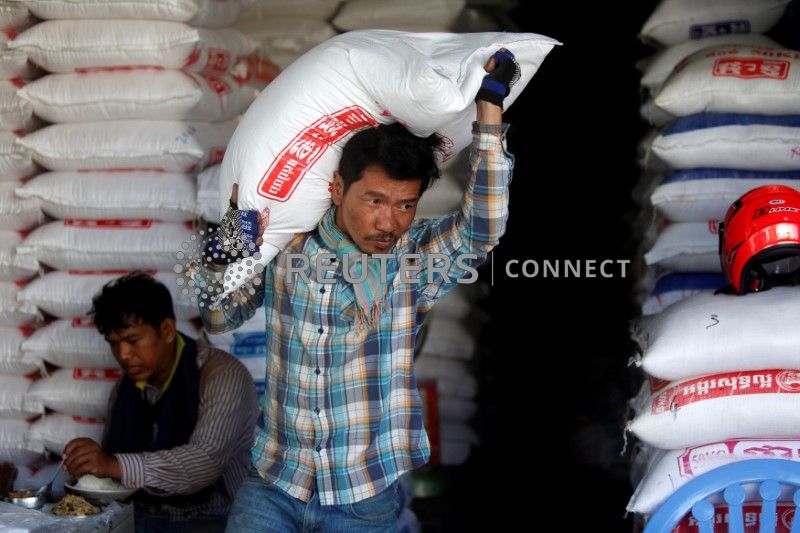 FILE PHOTO: A man carries a sack of rice at a warehouse in Phnom Penh, Cambodia, January 22, 2019. REUTERS/Samrang Pring/File Photo

BRUSSELS (Reuters) – Cambodia has filed a challenge at the European Court of Justice against the European Union’s decision to impose import duties on Cambodian rice.

The bloc imposed tariffs for three years in January on rice from Cambodia and Myanmar to curb what it said was a surge in imports as a safeguard to protect EU producers such as Italy.

However, the Cambodian Rice Federation said on Thursday the safeguard measure did not relate to any unfair behaviour and was based on broad generalisations and the flawed use of data.

A majority of EU countries had backed the introduction of measures, but not the sufficient “qualified majority” of member states normally required. The European Commission then took the decision to go ahead itself.

Cambodia and Myanmar benefit from the EU’s “Everything But Arms” trade scheme which allows the world’s least developed countries to export most goods to the EU free of duties.

Both already face losing their special access to the world’s largest trading bloc over their human rights records, although that potential sanction is separate from the rice safeguard measures.

The Commission said it had found that imports of Indica rice from the two countries had risen by 89 per cent in the past five rice-growing seasons, and a surge in cheap imports had reduced EU producers’ market share in Europe to 29 from 61 per cent.

Cambodia’s ministry of commerce has called the EU decision a “weapon to kill Cambodian farmers” and against international trade rules.