Call for support against anti-Israeli discrimination 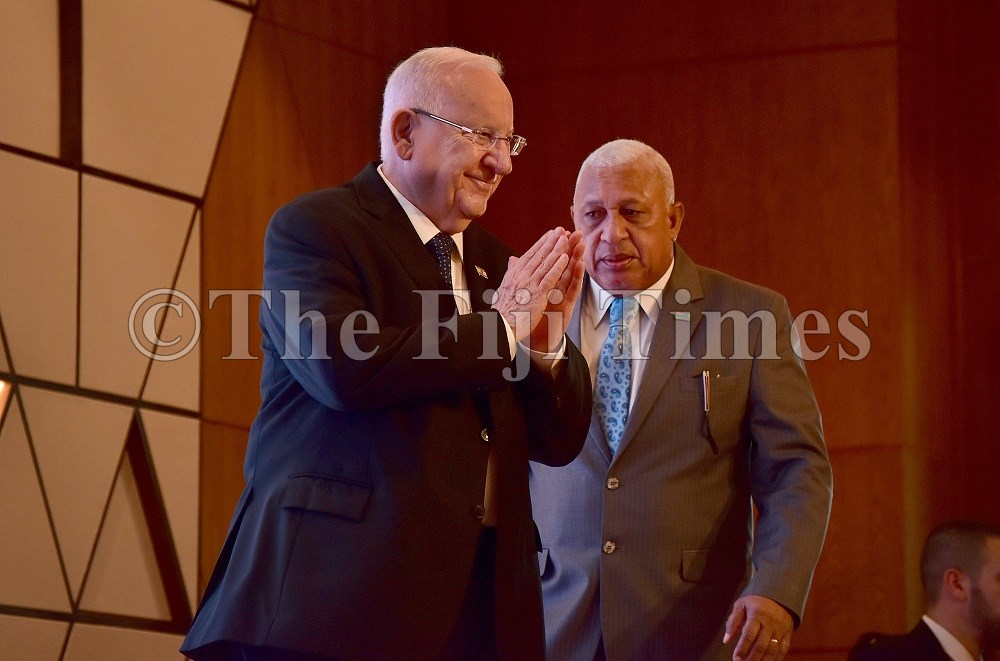 ISRAEL has called on Fiji to support the country’s efforts against the Cross Anti-Israeli Discrimination at the United Nations.

Speaking at a press conference at the Israeli-Pacific Islands Leaders’ Summit in Nadi yesterday, Israel president Reuven Rivlin said Fiji has had support from Israel in a wide range of fields.

“We were happy to assist Fiji and the Pacific in areas such as disaster relief, medical care and airport security,” he said.

He said he hoped Fiji would also support Israel in their matters before the United Nations Human Rights Council.

“We hope that Fiji will stand along with Israel against the Cross Anti-Israeli Discrimination at the United Nations especially at the UN Human Rights Council.”

He said their pleas to the United Nations Human Rights Council had been “almost ignored”.

“They say at the Human Rights Council that there is no connection between the Jewish people and Jerusalem.

“It is almost ignored.

“Everyone who reads the Bible, the Old Testament, knows the connection between the Israel and the children of Israel and the City of Jerusalem over the last 3000 years since King David’s (rule).”

Prime Minister Voreqe Bainimarama in his welcome address said Fiji would continue to support peacekeeping duties in the Middle East.

“Their relentless pursuit of peace has demanded bravery, resilience, and a great many sacrifices from our peacekeeping forces,” he said.

“For the sake of all throughout the Holy Land suffering the consequences of conflict and the yoke of persecution, Fijians will continue to pray that lasting peace is secured across the region.”