Call for ‘removal’ of Saneem for ‘misbehaviour’ 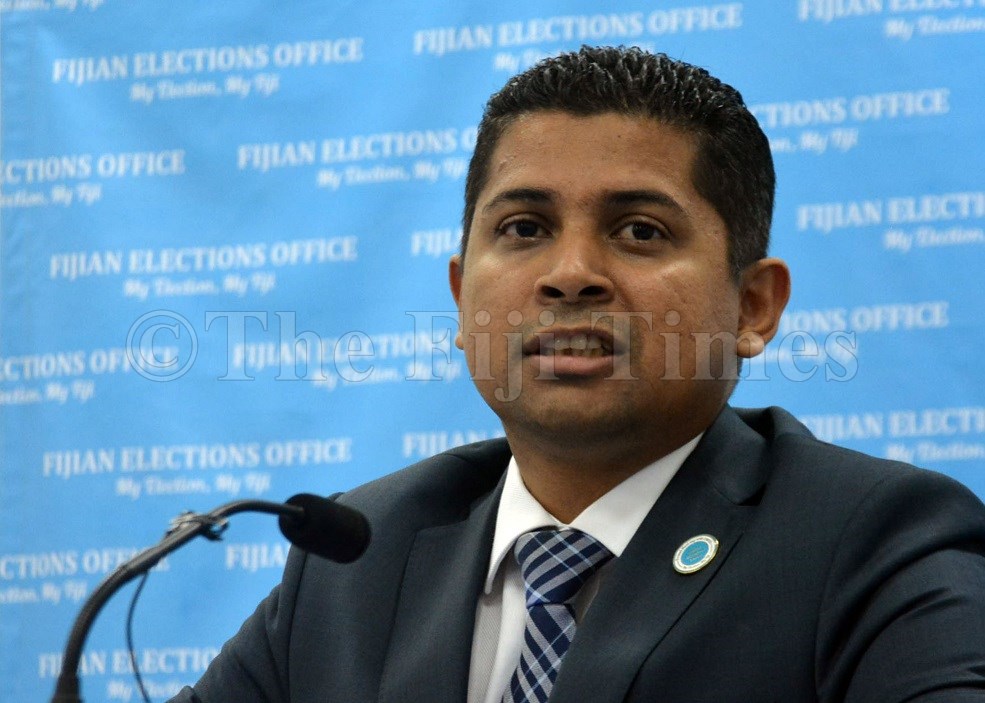 Five political parties have jointly called for an investigation and possible removal of Supervisor of Elections Mohammed Saneem for misbehaviour.

The leaders alleged in the statement that Mr Saneem had made “immature and haphazard decisions” that brought disrepute to the SOE’s office.

The statement said that in November 2016 the Court of Appeal had ruled against Mr Saneem on legal action taken by the Electoral Commission regarding the eligibility of two candidates in the 2014 General Election.

The statement noted that Mr Saneem had disallowed the candidacy of a Fiji Labour Party candidate but allowed a candidate of the FijiFirst Party to contest the election despite a ruling against those decisions by the Electoral Commission.

“Mr Saneem refused to comply (with the decision) resulting in the Electoral Commission taking the matter to court,” the statement said.

The statement said four court proceedings in recent years had gone against the SOE.

The statement referred to last month’s ruling of the Court of Disputed Returns finding that the SOE had acted “wrongfully and unlawfully” in removing Opposition parliamentarian Niko Nawaikula’s name from the National Register of Voters.

“This case caused considerable embarrassment as well to the Honourable Speaker of the House,” they said.

“The words ‘wrongfully and unlawfully’ further amount to the constitutional term ‘misbehaviour’ as stipulated in the Constitution that warrants an immediate investigation on the continuous misconduct of the office of the SOE.”

Questions sent to the Fijian Elections Office addressed to the Electoral Commission on Friday remain unanswered when this edition went to press.