Call for Opposition leader to resign 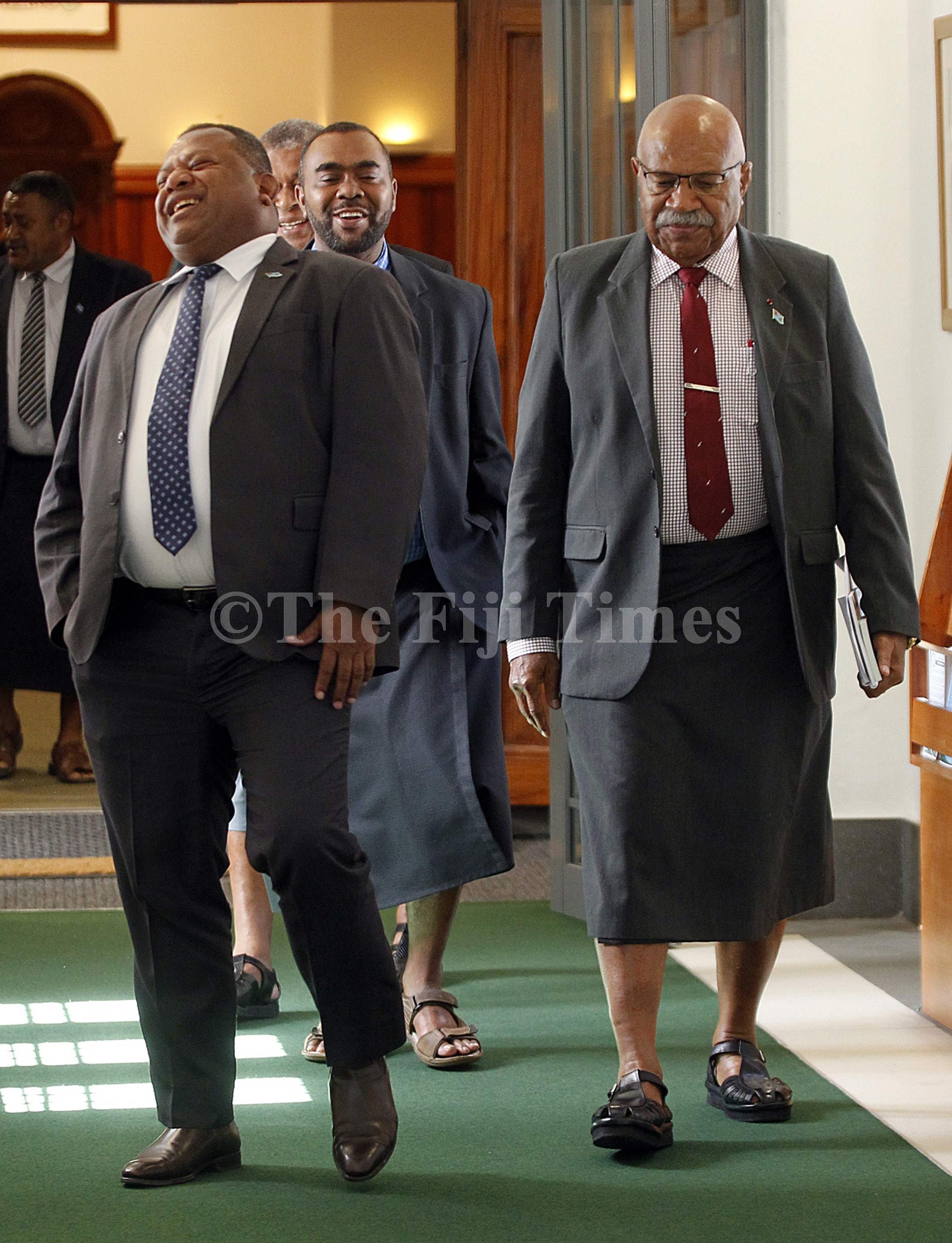 Minister for Defence and National Security, Inia Seruiratu, Opposition member, Mosese Bulitavu and Leader of Opposition, Sitiveni Rabuka coming out of Parliament during a break this week. Picture: ATU RASEA

OPPOSITION leader Sitiveni Rabuka should resign from his position for the betterment of the Social Democratic Liberal Party and the country.

This was the view expressed by Leader of Government in Parliament Inia Seruiratu on Wednesday.

He did not mince his words when he informed Parliament that the Prime Minister would not resign from his position and nor would his party members.

“Let me say this to the Opposition now, the Honourable Prime Minister will not step down nor his Government,” he said.

“Not now and not even in the next election when we will prove ourselves again to the people of Fiji, come 2022.

“But on the other hand, I will ask the SODELPA members of the Opposition to do the honourable thing as well.

“You are the Social Democratic Liberal Party but you have a staunch nationalist as your leader.

“That is why you always have this strategic paralysis, the inconsistency I’ve always talked about in this Parliament.”

Mr Seruiratu claimed there were a lot of apprehension in communities and in the business community because of Mr Rabuka’s return to Parliament.

“There is a lot of apprehensive in the country leading up to the elections and even now after elections because of the Leader of Opposition back in politics in Fiji.

“There is a lot of discussion about this economy and I’ve been doing an analysis before election and post-election.

“There is a lot of apprehensive fear in our communities and in the business communities as well because of Rabuka’s return to Parliament and that is why I’m asking the SODELPA members does the honourable thing, ask your leader to step down.

“This is not a place for the Government to step down which reflects their shallow thinking and lack of vision.”