Call for A-G to resign – Sayed-Khaiyum is taking this country into chaos, claims Ali 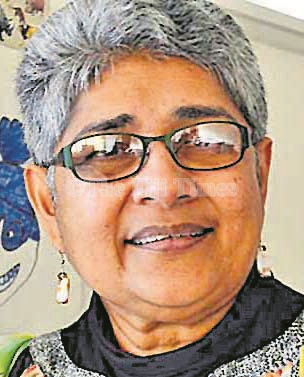 The Fiji Civil Society Organisation Alliance for COVID-19 Humanitarian Response has repeated its call for the resignation of Economy Minister Aiyaz Sayed-Khaiyum.

The alliance claims that he was taking the country into chaos and said it was deeply concerned about lives being unnecessarily lost as a result of the pandemic crisis.

Fiji Women’s Crisis Centre co-ordinator and human rights activist Shamima Ali said Government had the full authority to conduct a nationwide lockdown to minimise the impact of the virus.

“While it is the people’s responsibility, the authority lies with the Government.

And so they must take the bigger bit of the responsibility,” she said. “And so I am asking the Minister for Economy to do the honourable thing and resign.

You must step down because you are taking this country into chaos and you know if we are not careful, a lot more of our people are going to die unnecessarily.”

Questions emailed to Attorney-General and Economy Minister Mr Sayed-Khaiyum yesterday about the comments made by the CSO Alliance remain unanswered. The alliance also said Fijians were confused with the mixed messages from Government.

Ms Ali said it appeared Government was prioritising the need to keep the economy afloat rather than the lives of people. “We have a very small population,” she said.

“What are we waiting for. Half a million of us to die before we are going to wake up to the reality of what is happening?

“There seems to be no light at the end of the tunnel, nothing is under control.” She said the call for COVID-19 patients to safely isolate themselves at home was also an issue of concern.

Health Ministry permanent secretary Dr James Fong said they had a protocol to support this “but we are also working with CSOs and other government ministries to increase the capacity for facility-based isolation”.