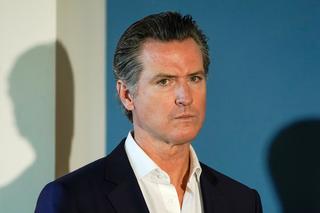 California voters on Tuesday were deciding whether to recall Governor Gavin Newsom in a special election that will test the power of a Republican Party still dominated by former U.S. President Donald Trump in a deeply Democratic state.

Newsom – a first-term governor and former lieutenant governor and San Francisco mayor – is fighting for his political future in only the second gubernatorial recall election in state history in 55 attempts. The latest opinion polls show him favored to retain his job.

Mail-in voting began nearly a month ago, with in-person voting taking place on Tuesday and the polls closing at 8 p.m. PDT, or 11 p.m. EDT (0300 GMT).

The campaign to oust the Democratic governor began with a conservative Republican group and gained steam during the pandemic. Conservatives, angered by Newsom’s liberal policies on LGBTQ rights, immigration and crime, also became infuriated by his decision to close schools and require masks and vaccinations against COVID-19.

“His policies on COVID have been disastrous. He’s not fighting for freedom of choice, which is what Americans want,” said Michael Conners, 54, a Republican handyman wearing a Trump hat to a polling place where he voted to recall Newsom in Carlsbad, on the San Diego County coast.

Another voter in favor of recalling the governor cited Newsom’s pandemic response and its impact on small businesses.

“I’m a small business owner and my son was out of school almost a year,” said Republican hair salon owner Taylor Livesley, 31. “I don’t believe in vaccines being mandated.”

The removal of Newsom would likely embolden Republicans in one of the country’s most liberal states and set off alarms among Democrats, coming just over a year before the 2022 elections that will decide control of Congress.

Recall also could mean the end of Newsom’s political ambitions, widely believed to include possible runs for the U.S. Senate or the presidency.

Whether Newsom survives the recall or is replaced, the next gubernatorial election will take place in November 2022.

The latest opinion polls showed Newsom with strong support. In a survey released on Friday by the Institute of Governmental Studies at the University of California, Berkeley, 60.1% of likely voters said they favored retaining the governor and 38.5% opposed him staying in office.

Democrats have returned twice as many ballots as Republicans so far in a four-week early voting period, state data showed.

One voter who supports Newsom said she feared a Republican victory could weaken voting rights and abortion rights or reduce the state’s minimum wage of $14 per hour, nearly twice the federal minimum of $7.25.