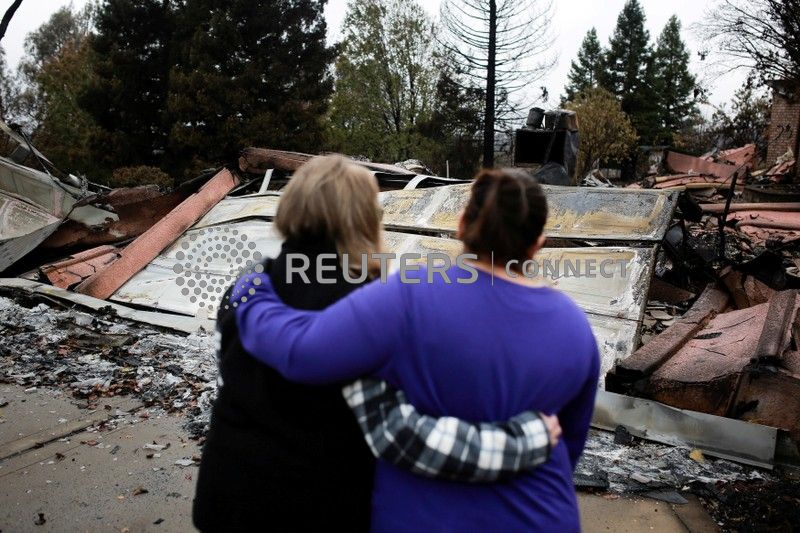 LOS ANGELES (Reuters) – Utility PG&E Corp planned to proactively shut off power on Saturday to 27,000 customers in Northern California due to an increased risk of wildfires, officials said.

The shut down would begin at 9 p.m. local time in and around the Sierra Foothills, an area spanning parts of Butte, Yuba, Nevada, El Dorado and Placer counties northeast of San Francisco and near the border with Nevada, the utility said on Twitter.

The area includes portions of Paradise, the town that was destroyed by November’s deadly wildfire known as the Camp Fire, which killed more than 80 people.

PG&E said this year it would significantly expand the practice of shutting off power to communities at risk of wildfire when conditions demand it, despite objections from some consumer advocates who said such disruptions can harm vulnerable people such as those who need electricity for medical equipment.

PG&E has been in touch with people in the affected areas who rely on power for their medical equipment, Adam Pasion, a spokesman for the utility, said in a phone interview.

“We certainly recognize the risk and are only doing this in the most extreme circumstances we feel that we need to,” Pasion said.

Earlier on Saturday, the utility shut down power to around 1,600 customers just north of San Francisco, in Napa, Solano and Yolo counties, also due to the risk of wildfires after forecasters said a combination of strong winds, dry conditions and warm temperatures raised the fire danger.

But conditions improved, allowing the utility to begin restoring power to those customers, Pasion said.

The utility sought bankruptcy protection in January after facing billions of dollars in liabilities stemming from the Camp Fire, California’s deadliest and most destructive wildfire in modern times.

State investigators concluded that PG&E’s power lines caused the fire, which leveled nearly 19,000 homes and other structures and caused some $16.5 billion in losses.