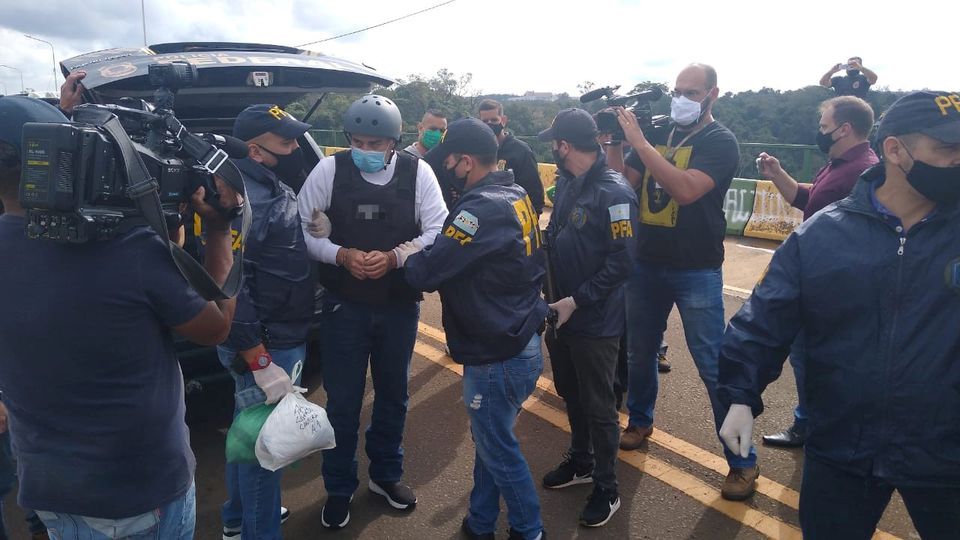 Argentine golfer Angel Cabrera is led handcuffed by police officers after being extradited from Brazil, in Misiones, Argentina June 8, 2021. Policia Federal/Handout via REUTERS ATTENTION EDITORS - THIS IMAGE WAS PROVIDED BY A THIRD PARTY.

Argentine golfer Angel Cabrera is to face additional charges of domestic violence that could keep him in jail for several months while he awaits trial, his lawyer and the prosecutor in the case said on Wednesday.

His lawyer said his trial would begin on July 1 and acknowledged other accusations could lead him to remain in jail for months afterwards.

“After these charges he’ll remain detained to face other charges that are going to come to trial,” said Laura Battistelli, the prosecutor in charge of the case.

His lawyer said that evidence in the case was “insufficient”.

The 2007 U.S. Open and 2009 Masters winner faces at least six other charges of domestic violence dating from 2014 and brought by at least one other woman in addition to Torres Mana.

“They are not crimes with serious penalties, but Cabrera should not only be looking at what is going to happen in this trial,” Battistelli said. “The problem is that he has complaints waiting… for the same issue.”

Cabrera was arrested at the beginning of the year in Rio de Janeiro after he left Argentina and was placed on the Interpol red list.

He was extradited on Wednesday to Iguazu and then transferred 800 miles (1,200km) south to a local jail in Cordoba pending a trial.

According to a police statement, Cabrera, 51, faces charges of minor injuries, threats and theft said to have occurred between 2016 and 2020.

Known as El Pato, Cabrera last participated in a tournament in September 2020.