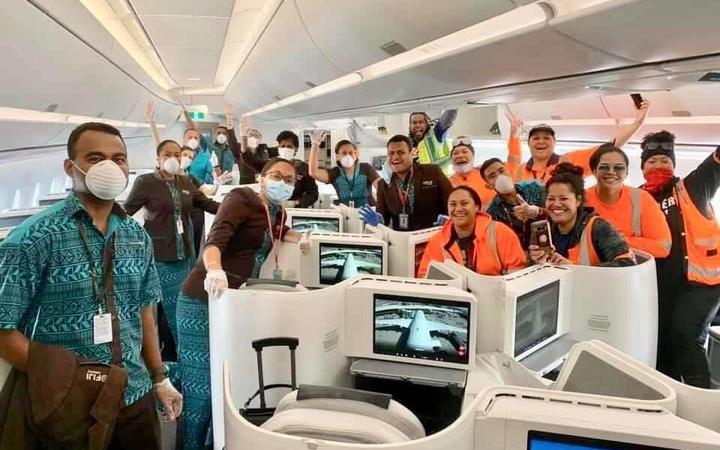 The Fiji Flight Attendants Union says it will contest the decision by Fiji Airways to lay off more than 400 of its members this week.

The flight attendants were among almost 800 staff who were sent home by the airline due to the economic fallout from the Covid-19 crisis.

Union president Josaia McGowan said the cabin crew made many concessions, even decreases in wage, to keep the company afloat throughout the pandemic.

But Mr McGowan said at no point did management hint at mass terminations.

He said the union was puzzled at Fiji Airways’ decision to terminate staff.

He said the issue was against the spirit of good faith and illegal because there was a collective agreement between the airline and the union.

The union said the Collective Agreement required the airline to give “60 days’ notice of intended redundancy and to explore all possibilities to avert redundancy.”

Mr McGowan said they would follow all the requirements under the law.

He said of the 775 staff terminated, 87 were expatriate pilots and senior management staff.

‘A shock that took us all by surprise’

Fiji Airways is owned by a group of shareholders, including the government with a majority 51 percent, then Qantas with 46 percent.

The rest of the shares are divided between Air New Zealand, and the governments of Samoa, Tonga, Kiribati and Nauru.

In May last year, Fiji Airways announced a profit of almost $US29 million for 2018 and that it crossed the $US450m revenue mark – a first for the country.

The airline said this was a 10 percent increase in revenue compared to 2017.

But Fiji Airways said the severe effects of the global pandemic had resulted in the company taking the latest “drastic step”.

However Josaia McGowan told the Fiji Times the company had informed them that a “30 percent pay reduction would take staff until June.”

Mr McGowan said the union understood there would be a “reduction in head count at some point, but not a full-scale mass termination like we have just witnessed.”