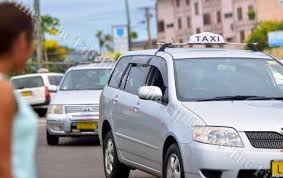 Capital City cabbies are up in arms over the rise in “step taxi” cases since the start of the COVID-19 pandemic.

Aziz Hussein, a taxidriver for more than 20 years, said the increasing number of fare-dodgers could be linked to rising unemployment caused by the pandemic.

“We have been facing this problem over the past years but it has worsened during this pandemic,” he said.

“Before only men would do this, but now it’s common among middle-aged women.

Mr Hussein said passengers would usually request taxidrivers to park in spots where they could get booked by police or Land Transport Authority officers.

“They choose these spots in town and say they are going to withdraw their taxi fare because they know if we wait for long we could get booked.

“And it is the women who usually evade fares in city areas of Suva. “Sometimes they would take us to a driveway and tell us to wait with their shopping, but an hour later they fail to return and when we check the plastic bags, its full of garbage.”

Mr Hussein said drivers no longer reported the matter to police because of inaction to cases reported in the past.

“Apart from not paying fare, they also rob us.

“Since the pandemic, every taxidriver I have met has said they were either robbed or the passengers ‘stepped’ without paying the fare

.” Another cabbie, Steve Kumar, said he was robbed by a passenger who tied a rope around his neck while he was dropping off at Sukanaivalu Rd, Nabua last month.

“During these hard times, I think people will do anything to survive, ‘step taxis’ are now happening in broad daylight,” he said.

Fiji Taxi Association president Raben Bhan Singh said he was not aware of this issue.

He said taxidrivers should report the matter to police. Police spokeswoman Ana Naisoro said police would not investigate matters that were not reported to them.

“If the matter is reported, an investigation will be conducted. There is not a mandatory time frame for when investigations are to be completed as it would be still ongoing.”