Business searches for a stable market 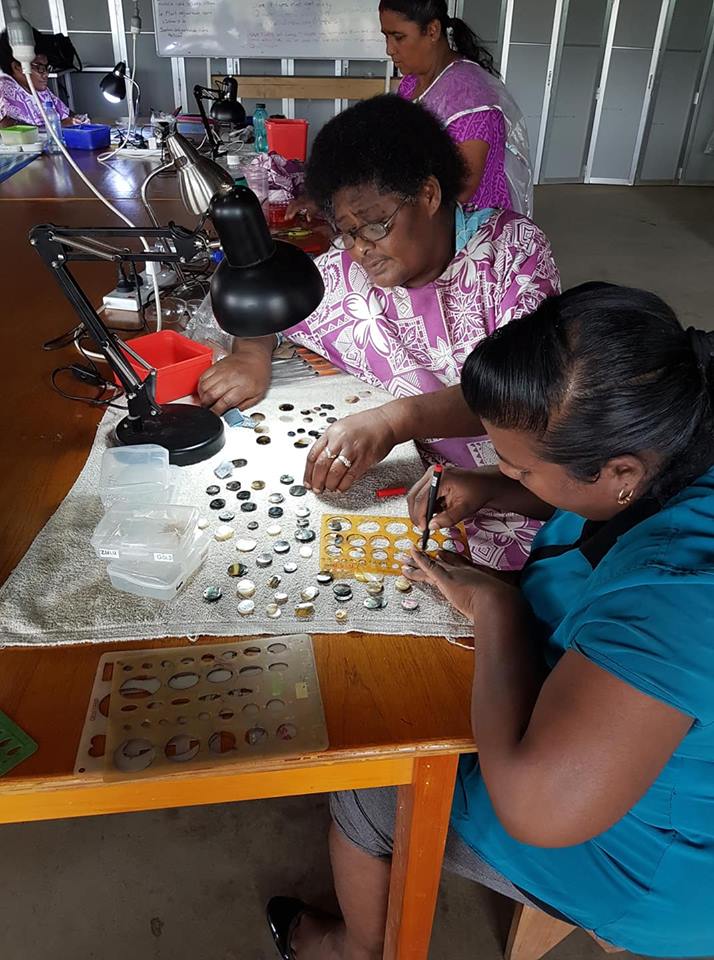 Members at work in their workshop. Picture: SUPPLIED

MARAMA Shellcraft Fiji from Ba offers unique and unusual accessories made from the local seashells.

The women’s group is run by six women who specialise in making iri fans, earrings, necklaces, frames, bracelets as well as engraving these products to their customers’ liking.

According to the workshop supervisor, Nazmin Ali the project began in 2014 with the initiative of Australian Centre for International Agricultural Research, through the University of Sunshine Coast and collaboration of Ba Women’s Forum.

“This is our sixth year in operation and we are trying to become an independent group,” she said.

MSF was present at the 2019 Women’s Expo held at the FMF Gymnasium in Suva and just before the event they were at the Bottega Fijian Fashion Festival.

According to Ms Ali this was one of the approaches for the group to stand on its own feet.

“When we started we were small company and we didn’t have any market, our only distributors were Tappoos.

“And we were dependent on the government for assistance as well as other organisations and individuals,” she said.

Now MSF has managed to have its own sales and marketing individual who according to Ms Ali was helping them to find more markets.

At the moment the women’s group was also dealing with Jack’s of Fiji and was looking for every opportunity similar to the women’s expo to market their brand.

“We have been coming to the women’s expo ever since we started which was in 2014 and only in 2016 we had missed it because of Tropical Cyclone Winston,” she said.

MSF had sustained damage to the building which housed the workshop, the main operations of the group.

“It was a very bad situation for the organisation because our building was closed for seven months due to the damage sustained during the cyclone,” she said.

The building was under the Ba Town Council and operations resumed once damage was repaired. Ms Ali said the group was looking to move somewhere between Nadi and Lautoka for marketing purposes.

“Ba is an agriculture area and tourists don’t often come there.”

She said most travellers were not even aware of what the town had to offer one of which was their products.

“So we are trying to get some funding to secure a land and commence the plans to build a small boutique or gallery and sell from there.”

According to Ms Ali the materials come from Savusavu and MSF also assists women and men who have pearl farms in these coastal areas.

For the moment MSF is looking for a stable market as there are a lot of products which they have to offer but little demand for it.

She said the difference between MSF and other companies in the shell craft business was their ability to come up with new designs.