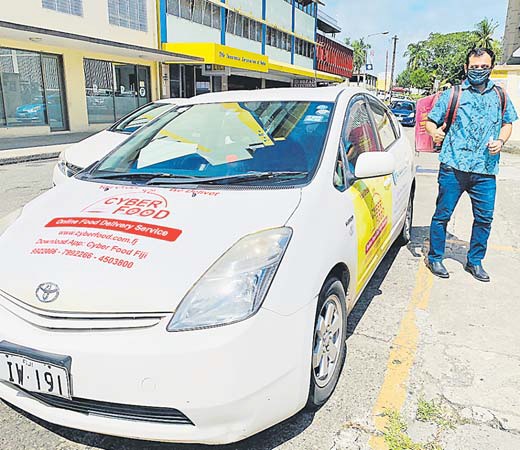 Cyber Foods has now expanded their services into Lautoka City as this was also an opportunity to create more employment, says managing director Majid Shahzad.

He said they had started their operations last week Wednesday and had three restaurants onboard so far.

“We have another eight to seven restaurants who we are training at the moment on how we work etc,” he said.

“Most of the restaurants do not have pictures of their food, so what they have done is they had made their menu and published that.

“Smaller restaurant have their menus on their board in their restaurant, so what we are doing is providing them the training on what our standards are.”

He added this training was also about how the restaurant workers should prepare and pack their foods, using eco-friendly containers, ensuring there was no leakage, glad wrapping the parcels.

They also train the restaurant workers on the meaning of hygiene and quality.

Mr Shahzad said if there was an issue with the food then the restaurants would be responsible.

“And another thing is when we upload menus on the cyber food platform customers need to know what the food would look like and for them to provide the pictures of the food,” he said.

“Some restaurants have started collecting the pictures and preparing their menus.”

Currently two drivers have been designated to deliver the food and according to Mr Shahzad they plan on employing more when the time comes.

“One of the benefit with cyber food is that you order the food from anywhere we would be able to deliver it.

“We already had a team in Nadi since 2019 and both the teams would deliver in their areas.”

Cyber Foods had gotten requests from Lautoka customers for more than a year now but at that time Mr Shahzad said they had very few customers there.