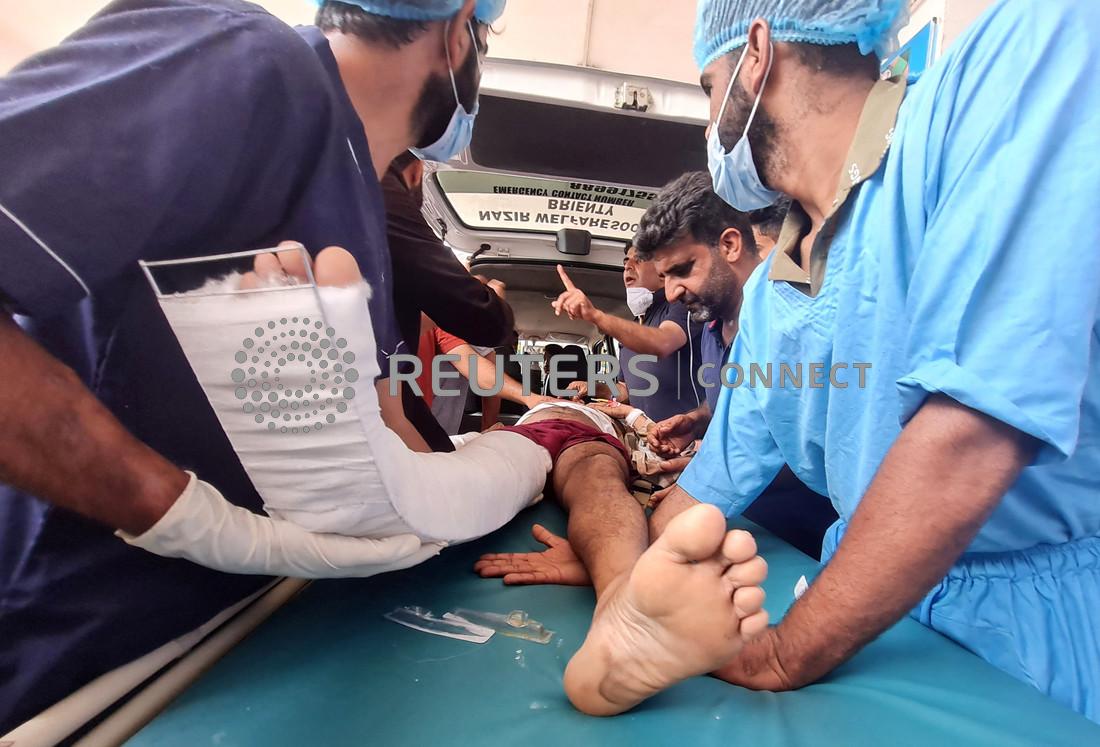 A member of Indo-Tibetan Border Police (ITBP), who was injured in a bus accident, is rushed towards an ambulance after he was given first aid and was referred to other hospital for further treatment, in south Kashmir's Anantnag district August 16, 2022. REUTERS/Stringer

SRINAGAR (Reuters) – A bus carrying personnel from India’s high-altitude border police rolled off a mountainous road and fell into a gorge in Kashmir on Tuesday, killing at least six officers, police said.

Kashmir police said on Twitter the injured were being flown to an army hospital in the Himalayan region’s main city of Srinagar, some 90 km (55 miles) from the accident site in Anantnag district.

A police officer told Reuters that 35 people survived the crash but some were badly injured.

The bus was carrying members of the Indo Tibetan Border Police Force, a federal force specialising in high-altitude operations, mainly on the Indo-China border.

Pictures from the site showed mangled remains of the bus by a fast-flowing river.