Burnley back to being underdogs after forgetting DNA – Dyche 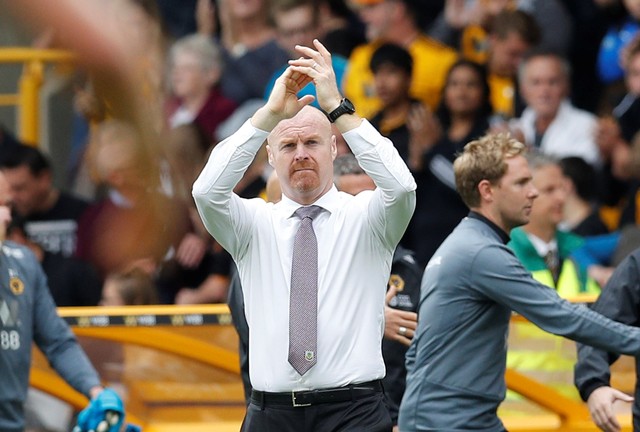 (Reuters) – Burnley are back to being plucky underdogs after a poor start to the season that resulted from the team forgetting all the things that made them so successful in previous campaigns, manager Sean Dyche said on Thursday.

Dyche’s team finished seventh last season, but failed to qualify for the Europa League group stages while a run of one draw and four defeats has left them bottom of the Premier League ahead of Saturday’s game against Bournemouth.

Burnley’s return of one point from five games represents their worst start to a top-flight season since 1927-28, when they lost their opening five matches.

“We have kind of gone full circle in a very short time frame,” Dyche told reporters. “To start a season like this is not ideal so we have to look to correct that.

“We are bottom of the league… (and) weirdly we’re back to being the sort of Burnley everyone supposes of us, which is usually every season being this underdog that has got to punch above its weight – which we have historically done.”

Dyche has been surprised by Burnley’s start.

“We definitely have to work hard to get back to that as a minimum. But it’s not easy winning games in the Premier League.”

Bournemouth, by comparison, have flown out of the blocks, with Eddie Howe’s men up to fifth in the table with three wins, a draw and one defeat in their first five matches.