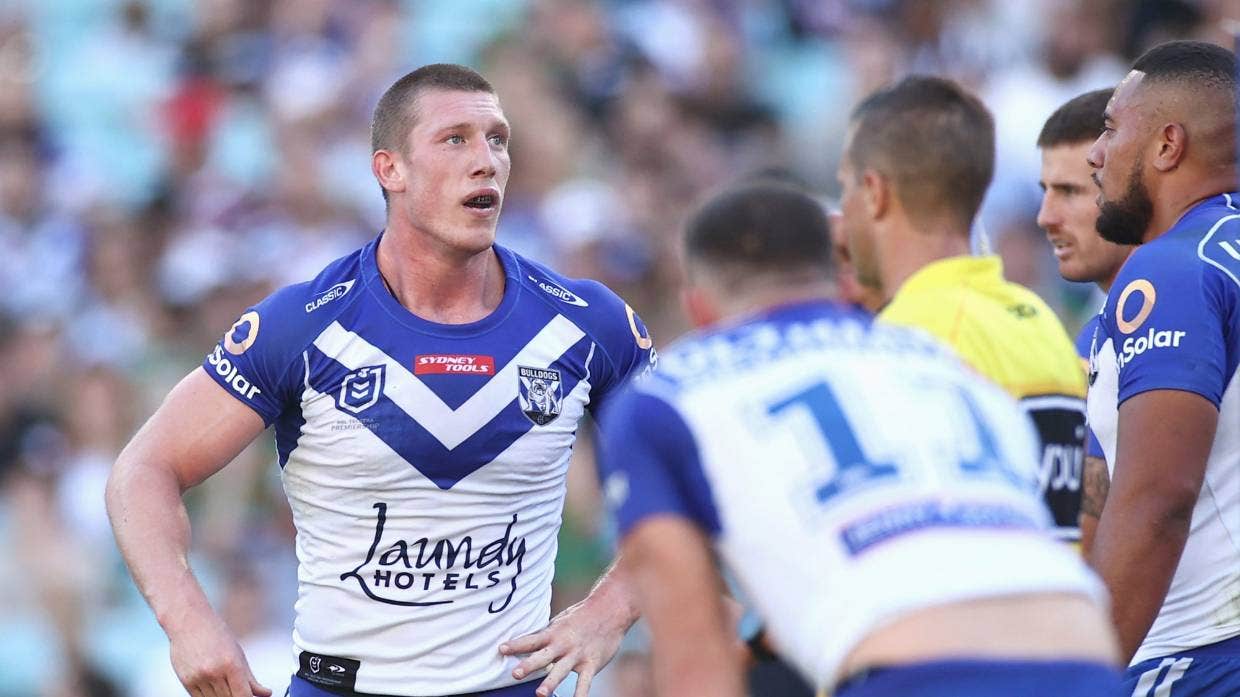 The Bulldogs failed to score a point for a third-straight game. CAMERON SPENCER/GETTY IMAGES

Canterbury’s miserable start to the season has reached historic levels after a 38-0 loss to South Sydney made their 16 points scored in four games the worst tally in almost a century.

On Friday the Bulldogs became just the second team in NRL history to lose three straight games without scoring a point, with Cronulla in mid-2014 the only other side to slump as low.

It’s now been 244 minutes of football since the Bulldogs scored a try against Newcastle in round one, having since been held to zip against Penrith and Brisbane.

It’s the worst start to an NRL-era season after four rounds and their 16 points from four games is the fewest in almost a century since Glebe scored just 12 in 1928.

But it’s not for lack of trying by coach Trent Barrett’s team, with three tries going begging against the Rabbitohs in the annual Good Friday clash at Stadium Australia.

The match got off to a terrible start for the Bulldogs when concerns were raised after half Lachlan Lewis remained on the field for a set despite stumbling out of a tackle and struggling to get to his feet.

The five-eighth played just six minutes before he was sent reeling out of a tackle on Josh Mansour when his head connected with the Souths’ winger’s knee.

Lewis was wobbly on his feet and was held up by Souths players, but was not immediately taken from the field where he failed a HIA.

After a week of increased attention on the NRL’s concussion protocols and the proposed introduction of an 18th man it was a poor look for the game.

Although it was one-sided, the 23,340 fans who showed up were treated to electric attack from the Rabbitohs with Damien Cook, Cody Walker and Latrell Mitchell on fire.

The Rabbitohs were leading 14-0 at halftime but midway through the second half the Bulldogs’ fell away as they struggled to hold on.

Cook shredded the Bulldogs’ soft defence around the ruck setting up identical tries for Walker’s double in each half.

Spotting space, the Souths hooker ripped through the centre field from 40 metres out, allowing the supporting Walker to score under the posts both times.

The nifty five-eighth was involved again later when he chipped for the corner for Alex Johnston to cross and put the Rabbitohs ahead 26-0 with 20 minutes to play.

However, Walker could be in trouble for elbowing Bulldogs fullback Nick Meaney as well as throwing Kyle Flanagan to the ground off the ball, sparking a melee mid-way through the second half.

The Rabbitohs have now won their past three games and are set to face Brisbane on Thursday night.