Bula Boys to the rescue 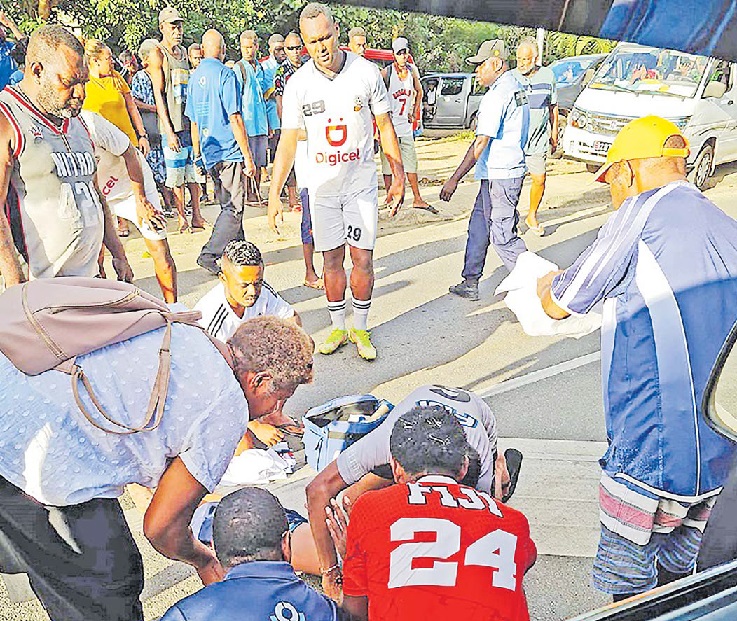 Members of the Fiji football team were hailed ‘heroes’ after their quick reaction saved a little boy’s life following an accident in Stade in Shefa, Vanuatu, on Tuesday.

The Digicel Bula boys are in Vanuatu to play in the MSG Prime Ministers Cup 2022 campaign.

The team was returning from a training session at Stade Centrale when they came across an alleged hit and run road accident.

According to team physiotherapist Nishant Kumar, they found a boy, about 10 years old, lying unconscious on the road. Kumar said the boy was unresponsive when he attended to him but was breathing.

Kumar added that he used all his experience to treat the boy before paramedics arrived.

“I remained calm and did what I was trained to do, and prevented the crowd from further harming the boy by moving him.

“I secured his neck and we were ready to transport him to the hospital when paramedics arrived.

“They took over and saved the kid’s life.” Team manager Anushil Kumar said it was the team’s priority to help save the boy.

“Well, at that very moment, our team’s priority became attending to the little boy right there,” Kumar said.

“Our bus was not moving at the time of the accident and our players just ran out of the vehicle. Some stopped the traffic while a few attended to the little boy.

“Our physiotherapist, who is always equipped with all the necessary medical resources, immediately attended.”

“We train our staff well so they are up with their game when they face situations as such,” he said.

“Every team at the ground and in training that we send abroad is well-equipped and the players and officials are protected.

“Hats off to Nishant and the other boys who helped revive the boy.”

The Bula Boys take on the Solomon Islands in their next match at 4pm on Saturday.

The side beat New Caledonia 1-0 in their first group match at Korman Stadium last Saturday.

Meanwhile, the Digicel Bula Boys sent their best wishes to the Junior Bula Boys for the OFC U19 semi-final clash against New Caledonia today.