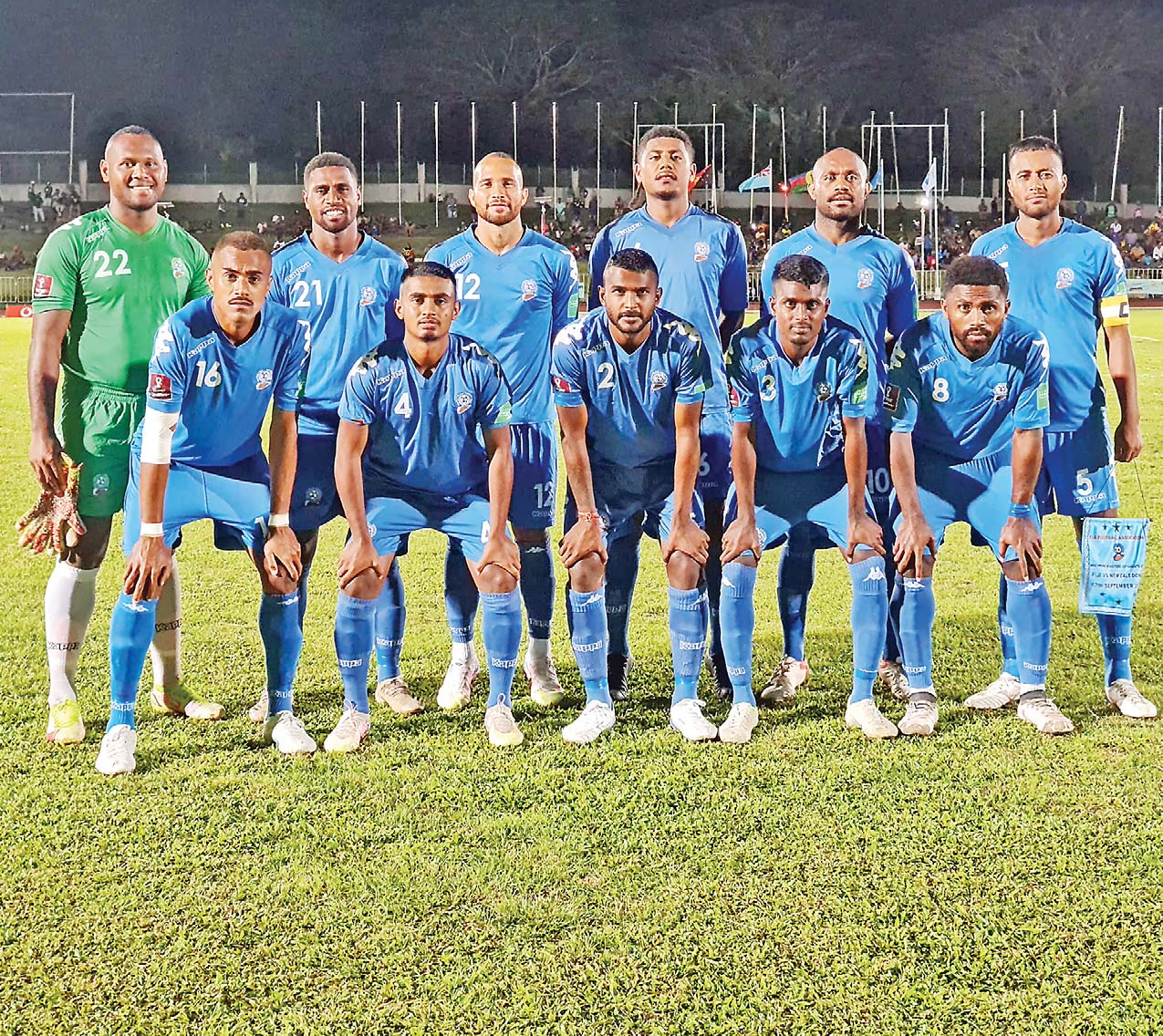 The Digicel Fiji ‘Bula Boys’ in a group photo before their match against New Caledonia during the Melanesian Spearhead Group Prime Ministers Cup 2022 at the Korman Stadium in Vanuatu on Saturday. Picture: FIJI FA

The Digicel Bula Boys have secured a spot in the semi-finals of the MSG Prime Minister’s Cup in Vanuatu.

This is after New Caledonia recorded its second loss in Group B, going down 1-nil to the Solomon Islands on Wednesday evening.

The result has sent Fiji and the Solomon Islands to the semi-finals but they still have a match in hand to see who tops their pool.

They meet at 4pm tomorrow. Fiji will be boosted with the inclusion of top marksman Roy Krishna who has joined the side after club commitments in India.

The winner will face the runner-up from Group A next at 7pm on Tuesday.

The final will be played on September 30.

The tournament is a resurrection of the Melanesia Cup which has not been held since the year 2000.