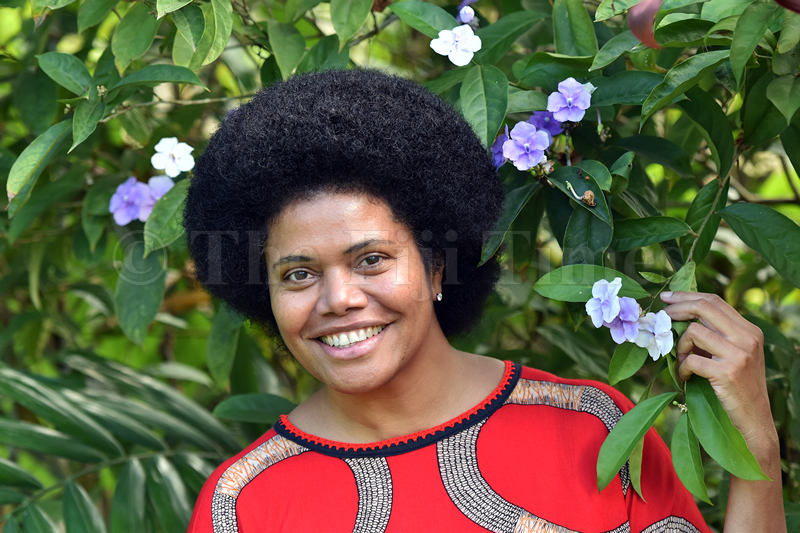 Parliamentarian Lenora Qereqeretabua ready for "Save or Shave" fund raise for WOW'S kids at her home. Picture: RAMA

THE iconic Fijian buiniga of parliamentarian Lenora Qereqeretabua is on the line for a worthy cause.

Ms Qereqeretabua has come on board to be part of the Save or Shave (SOS) campaign and has volunteered to shave her buiniga off.

For Ms Qereqeretabua, she opted to be part of the Walk on Walk Strong (WOWS) Kids Fiji fundraising drive after she was approached by a volunteer at the centre.

“If you’ve got something that you can give like time, belongings or finances, everyone has to do something to help those that are less fortunate,” she said.

Individuals who would be willing to be part of the WOWS fundraising will need to clarify in the bank account narrative section “Lenora Shave” or “Lenora Save”.

“And at the end of the fundraising period which is September, they’ll come up with the totals and on Saturday morning they will announce whichever save or shave has the most amount.”

She said a lot of people were not aware that more and more kids were now being diagnosed with cancer not only in Fiji but around the Pacific.

“WOWS Kids Fiji is becoming a hub for kids with cancer and because they’ve got a lot of support from overseas as well, they’ve had children coming in from other Pacific Island countries,” she added.

WOWs Kids Fiji team leader Viola Lesi said the Save or Shave (SOS) campaign was one of their biggest fundraising events.

“She has come on board for our shave and save campaign, that has always been our biggest fundraiser and we are just incredibly grateful to Lenora for championing the 2019 campaign this year and willing to offer her hair,” she said.

Ms Lesi said to shave or save Ms Qereqeretabua’s hair was all in the hands of the donors.

“We are incredibly humbled by her generosity.

Lenora is well known for her iconic buiniga and everyone knows her for that.

If she is willing to offer that for us, then that is something that we are really grateful for.

“If you want her to save that buiniga then get on board and donate, we have our bank account details, you can check our Facebook page and also we’ve got a fundme post that we have put up.”

Ms Lesi said for the SOS this year, people could organise their own SOS or support Ms Qereqeretabua’s.

Ms Qereqeretabua hopes that her SOS campaign will bring about awareness and also raise money to assist with WOWS Kids Fiji’s efforts and projects.

Meanwhile, the team from WOWS Kids Fiji will be present during the Food and Music Festival on July 20 at Thurston Gardens in Suva where contributions can be made.

A GoFundMe page has also been set up for donations and the link is gf.me/u/tudan6