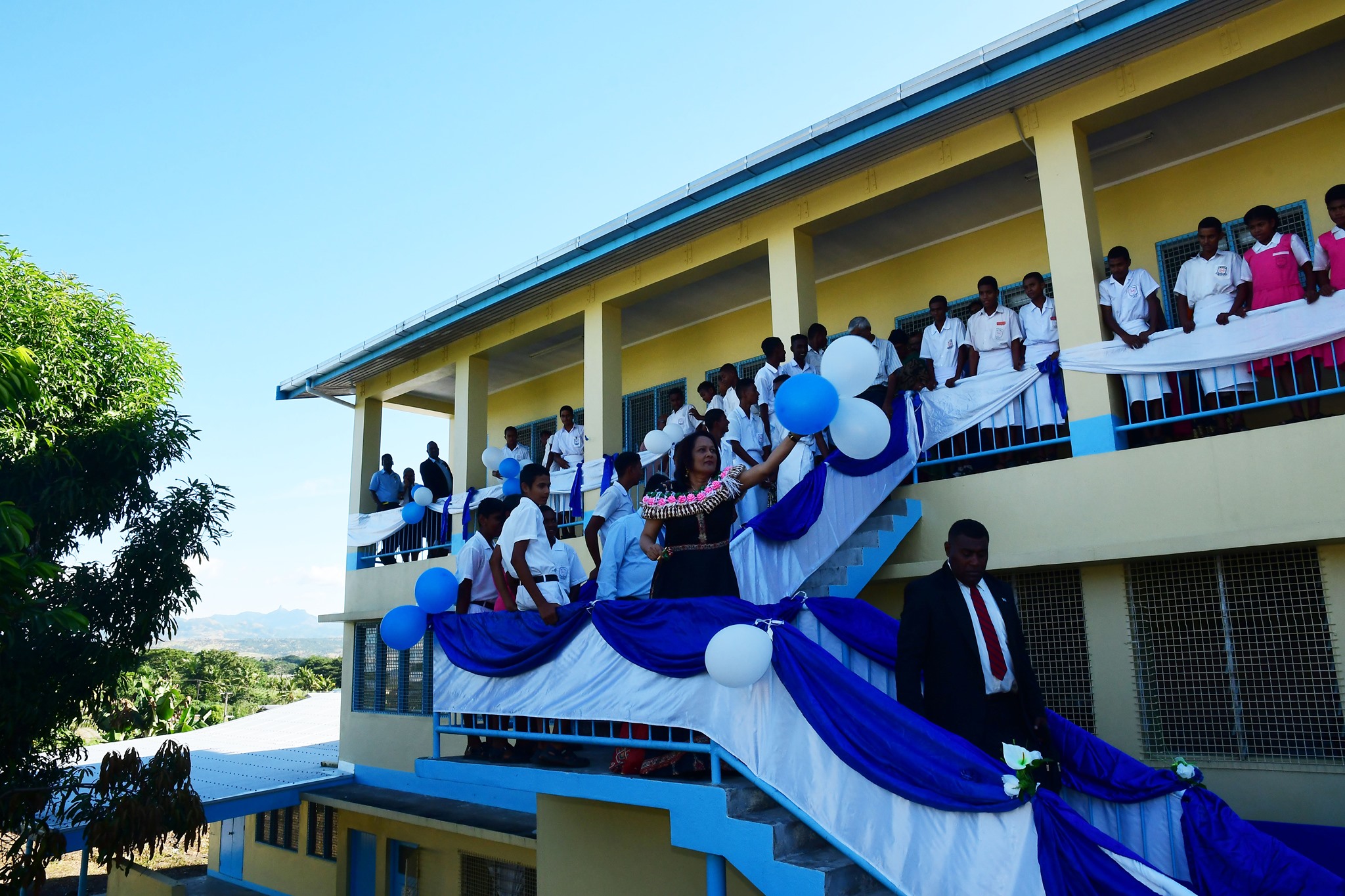 MORE than 650 students of AD Patel College in Ba had a reason to celebrate yesterday after the opening of a new school block by the Ministry of Education.

Consisting of six classrooms, the new building, which cost $1 million, is a newer more improved version of a block that was destroyed by Severe Tropical Cyclone Winston in 2016.

Chief guest and Minister for Education Rosy Akbar said the new school block was stronger than its predecessor.

“The schools are being rebuilt and I am very happy with that,” she said.

“We want to ensure that all of our children are in a classroom that is conducive to learning.

“There are still schools that need to be rebuilt but we have made sure that we do not put any child in a tent.

“A couple of schools are yet to be built but a majority of the schools that were damaged or completely destroyed have been rebuilt.

“We all know that with building something, you need money and as we have mentioned before we want to build cyclone resilient classrooms that are strong enough to withstand a strong cyclone.

“When we carried out the damage assessments, we found out that many of the buildings were very weak and they were not engineering certified.

“We are making sure that all of our buildings can withstand a cyclone.”

She explained that it was important for each school that was affected by Winston – a Category 5 cyclone – were rebuilt and ensured that students were safe in each new building or classroom.