Building on fire in Walubay 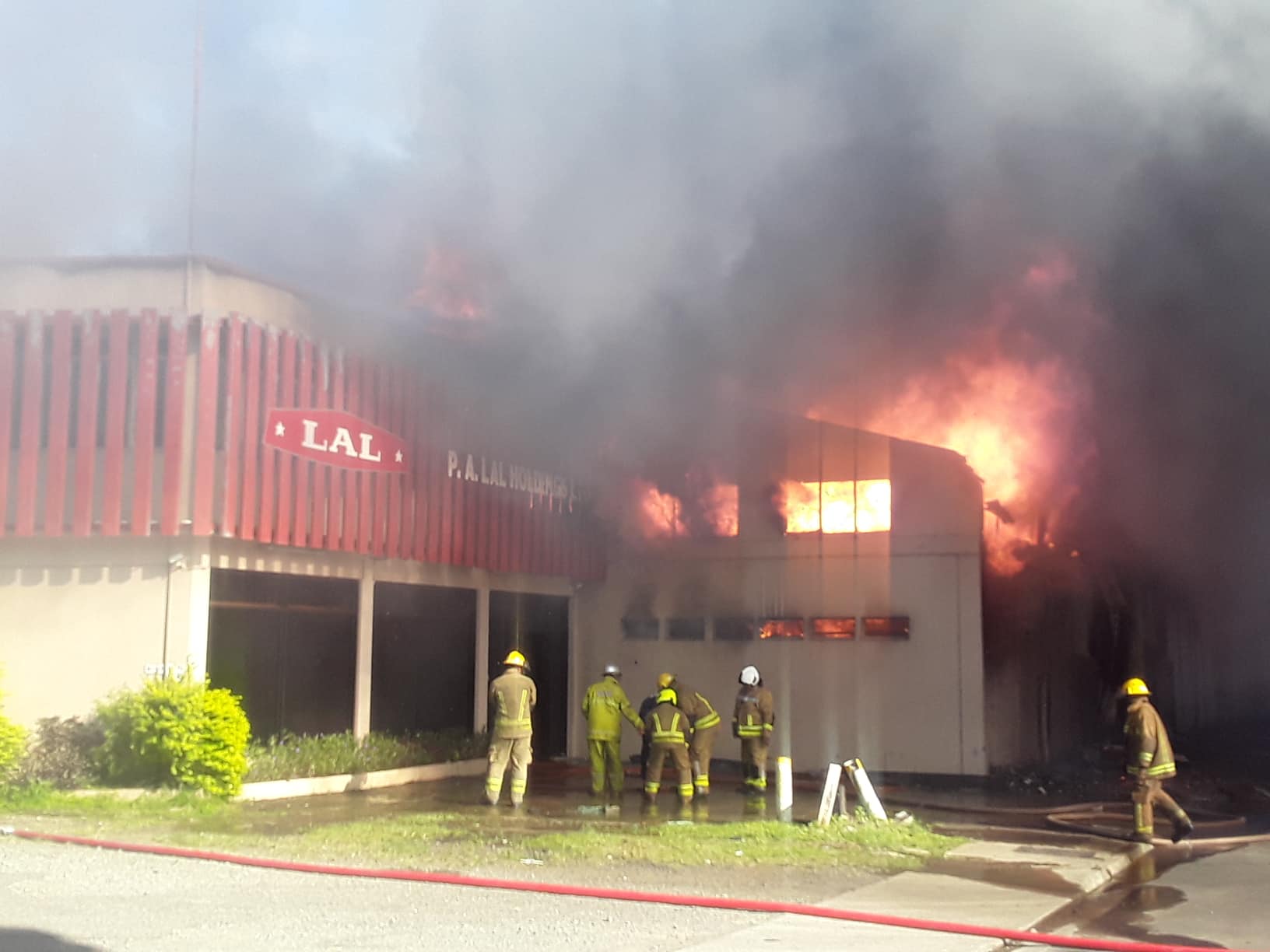 MORE than 20 fire officers are currently on the ground trying to put out a fire that broke out at P.A Lal Holdings Limited in Walu Bay, Suva this morning.

According to an official from the National Fire Authority , they had to rope in fire fighters from Valelevu and Nausori to assist the ones based in Suva to put out the fire.

Meanwhile, four fire trucks were deployed to the scene with an ambulance.