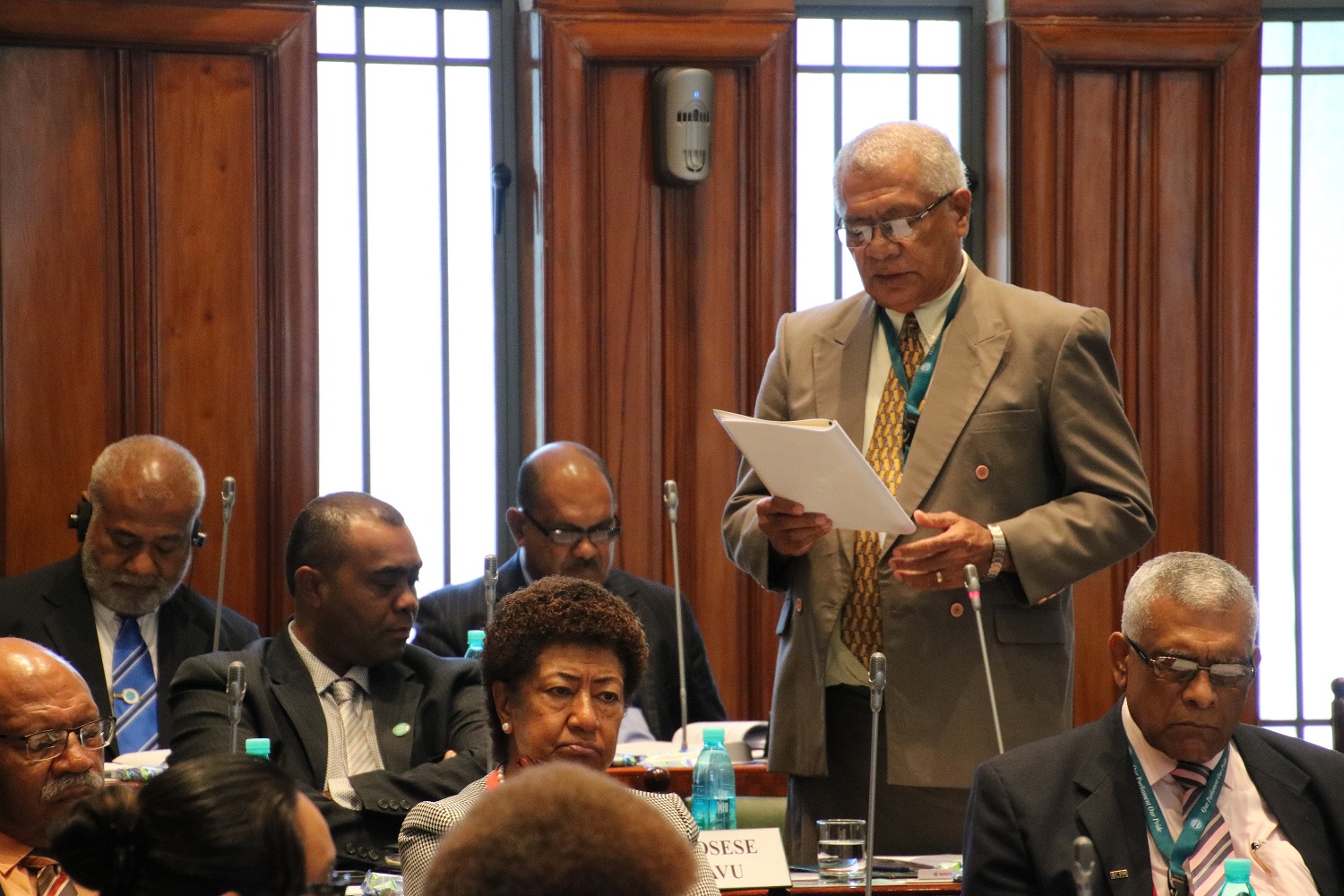 Speaking in his response to the 2019/2020 National Budget in Parliament yesterday, Opposition MP Anare Jale said it was unimaginable that in relation to Sustainable Development Goal 5 on Gender nowhere in the budget address was a reference to women’s empowerment and gender equality made. “Not even a single word on gender,” he said.

Mr Jale said women and girls made up almost 50 per cent of Fiji’s population.

He claimed with the ambition of the SDGs in leaving no one behind, the FijiFirst Government had deliberately shown women and girls did not matter.

Mr Jale said the budget had completely failed to reflect clear alignment with and reference to the SDGs.

He said in September 2015, the Prime Minister along with other world leaders of the 193 members of the United Nations adopted the 2030 Agenda containing 17 SDGs where all members of the UN committed to domesticate their commitments to this development consensus.

Mr Jale said this clearly showed the Government’s five-year and 20-year National Development Plan that as a member of the UN, Fiji supported an inclusive and participatory approach to sustainable development and recognised that development partnership and cooperation should be guided by the UN’s 2030 Agenda for Sustainable Development.

He added that it was rather hypocritical that even with the recent visit and fanfare to hosting the UN Secretary-General, there was not a single reference to the Agenda 2030 and the SDGs in this budget address.

“It is clear, honourable Speaker sir, that the Bainimarama Government is intent on marketing its popularism abroad but fail to demonstrate real commitment at home,” he said.

Mr Jale said this lack of policy coherence, was what the international community would note in the 2019/2020 budget.