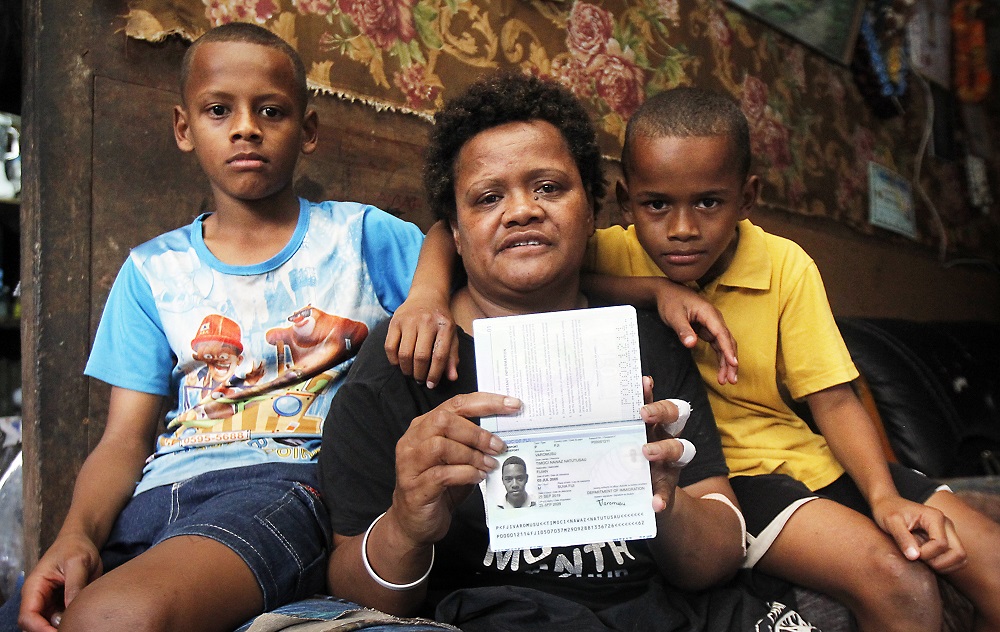 A TEENAGE boy’s dream to become a pastor was cut short yesterday morning after he was killed in a road accident.

Timoci Varomusu, 14, was on his way back from his village in Tavua with his mother, Aseri Baya Varomusu, his uncle and his best friend, Vulolo Qurai, when the unfortunate incident took place.

Mrs Varomusu and her brother, who was the driver, survived but sustained serious injuries.

However, Timoci and his best friend died after the car they were travelling in plunged into the Wainibuka River along the Kings Rd near Naviveiwali Village in Tailevu.

Mrs Varomusu said she was still reeling in shock because everything happened so fast.

She briefly reminisced about her son’s life, describing him as a unique, cheerful, hardworking kid and one who was loved by everyone.

She said her son was unique because he wanted to be a pastor and that he was into helping people.

Mrs Varomusu said her family would be migrating to New Zealand next week and yesterday’s incident would leave a scar in their hearts for the rest of their lives.

Meanwhile, police confirmed the victims were passengers in a car driven by a 30-year-old man from Nabuna in Tavua and were heading towards Suva after 3am when the accident occurred.

“The driver is alleged to have lost control of the vehicle causing it to veer off road, plunging into the nearby river,” police spokeswoman Ana Naisoro said.

“The driver allegedly slept resulting in the tragic accident.

“Nearby villagers assisted in bringing the victims out from the vehicle and rushed them to the Korovou Hospital where they were pronounced dead on arrival.”

Ms Naisoro said the driver was under observation at the Korovou Hospital and would be questioned soon.