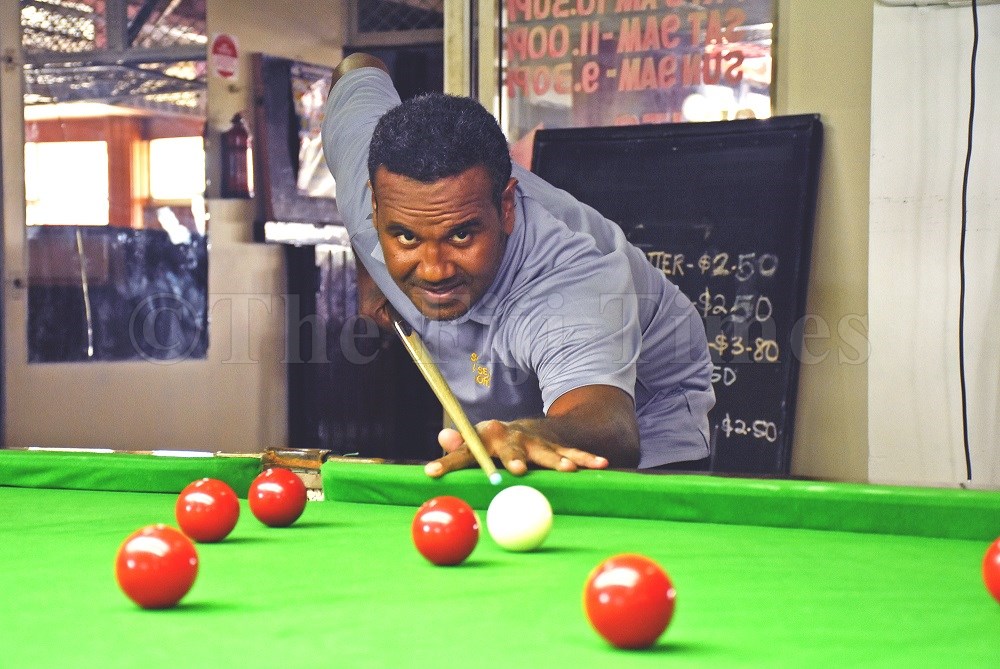 FORMER Fiji champion Epeli Bua breezed through the pool stage to qualify for the eliminations stage in the General Machinery-sponsored South Seas Club Snooker Championship in Lautoka on the weekend.

Bua was on fire winning all three matches without dropping a singled frame.

South Seas Club snooker tournament co-ordinator Roneil Sami said some interesting results were recorded during the pool games. Sami said the two top players from each pool would qualify for the eliminations.

“The winners of the eliminations will then qualify for the quarter-finals,” he said.

“The three frames format will be played during the eliminations and it will increase to five frames from the quarter-finals.”

The winner of the championship will receive $250 and the Anil Singh/Narayan Taman Trophy.