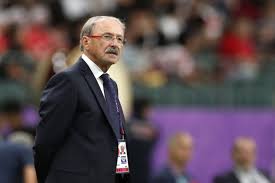 OITA, Japan (Reuters) – In the end, the answer to the question of which France would turn up at the World Cup was a bit of the team that plays rugby with flair and ambition but also a bit of the ill-disciplined rabble that can conjure defeat from the jaws of victory.

For 80 minutes out of their four matches in Japan, the French produced the brilliant running rugby that has given the game’s showpiece event some of its greatest moments over the last four decades.

Unfortunately for Les Bleus, the purple patches came in the opening half of two matches and while they edged Argentina in the first, they were unable to hold onto a 19-10 lead in Sunday’s quarter-final defeat to Wales.

Even when reduced to 14 men by the 49th-minute dismissal of lock Sebastien Vahaamahina for an elbow to the face of Welsh flanker Aaron Wainwright in Oita on Sunday, the French believed they should still have won.

They did have the better of the match after the red card but spurned opportunities to put points on the board from the kicking tee and ultimately went down 20-19 after a Wales try six minutes from time.

“The best team lost, but what’s important is winning. So it makes no difference,” said replacement flyhalf Camille Lopez.

“We were better than them. You tell yourself it’s impossible to lose this match, but in the end, you lose it anyway. It’s hugely frustrating, because it’s a match we had in our grasp.

“You learn from defeats, but after a while, enough is enough. We mustn’t accept that in future. We can’t accept matches like tonight’s. We have to be killers, especially in a competition like this.”

The defeat was particularly galling as it came after a similar loss to Wales in this year’s Six Nations, when the French surrendered a 16-0 halftime lead to go down 24-19.

As in Paris in February, France’s discipline cost them dear not only because of the red card but also with errors of handling and judgement.

“Afterwards we flipped,” said flanker Wenceslas Lauret. “It’s the top level – little details, as we say every time. In these matches, you can’t make a mistake – you’ll pay dearly. We lacked discipline.”

The defeat brought the curtain down on the two-year reign of coach Jacques Brunel.

The 65-year-old oversaw two fourth-placed finishes in the Six Nations and a departure from the World Cup before the semi-finals for only the third time in nine tournaments.

The French host the next World Cup in 2023 so the pressure to perform on home soil will be even greater.

The likes of Damian Penaud, Antoine Dupont and Gregory Alldritt have shown there is young talent aplenty in the French game and the task for new coach Fabien Galthie will be forging it into a team that can play for a full 80 minutes in one match.

“Of course it’s regrettable but we have to move forward and keep working,” Lopez added after Sunday’s defeat.