Brown: No date given in master award 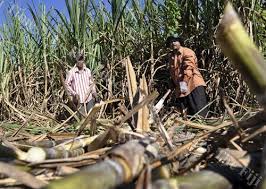 THERE is nothing in the Sugar Industry Master Award that says farmers have to be paid the final cane payment by the end of October, says Sugar Industry Tribunal industrial commissioner Timothy Brown.

“Traditionally, we used to pay farmers in October or by the end of October, but there is nothing in the master award that says we have to pay by a certain date,” he said.

“Right now we are getting our accounts together and will get it audited before we announce the figure and the payment date.”

Mr Brown was responding to concerns raised by farmers that there had been no word about when the final payment for the 2017 season would be made. Arun Sharma, a prominent grower from Naloto Sector, Ba, said there was a lot of uncertainty because of silence from the authorities.

“Previously, we would have already been informed by now because Diwali is just around the corner,” he said.

Rajendra Raglu, president of the Yaladro Farmers Cooperative, said everyone knew that the final payment was always made before Diwali.

“They should have told us by now how much the payment will be so that we can prepare for Diwali,” he said.

In response to queries from this newspaper, the Fiji Sugar Corporation said it would not respond to third-party comments.

“However, an announcement on the cane payment will be done this week and we will issue a media release at that juncture.”