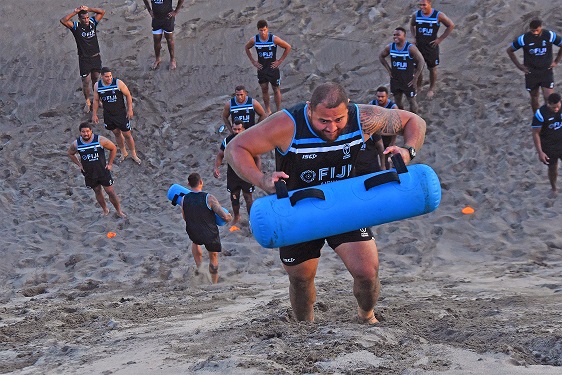 FLYING Fijian Sam Matavesi believes the family bond within the squad is one of the major points that will strengthen the team in their preparations for the upcoming match next week against the New Zealand Maori and the Pacific Nations Cup as the road now straightens for the Rugby World Cup in October.

“Every one is a family and working hard as a unit,” said Matavesi.

The bond doubles in strength for him this time around where he gets a chance to represent his nation alongside brother Josh Matavesi.

“And to do it with your brother is extra special,” he said.

The 27-year-old hooker who plays his professional rugby with Toulouse in the TOP 14 league in France says one of the greatest highlights any player can achieve is donning the national colours.

“It is an honour, and the biggest pinnacle of your career is playing for your country and it is exactly the same for me.

“I’ve had the experience of playing for Toulouse for the past four months of the season.

“To work with some world cup winners and French international players is very good.

“Hopefully I can bring some of that experience into the Fijian camp.

“The biggest thing coming here is all though I am a bit older than the other hookers they are very young and very good.”

With his first taste to conditions of the Sigatoka Sand Dunes, Matavesi said it was no easy feat.

“It was my first time and hopefully last.

“It’s different here and the management changes things up and makes it fresh and its working because everyone all though they work hard they are working together.”