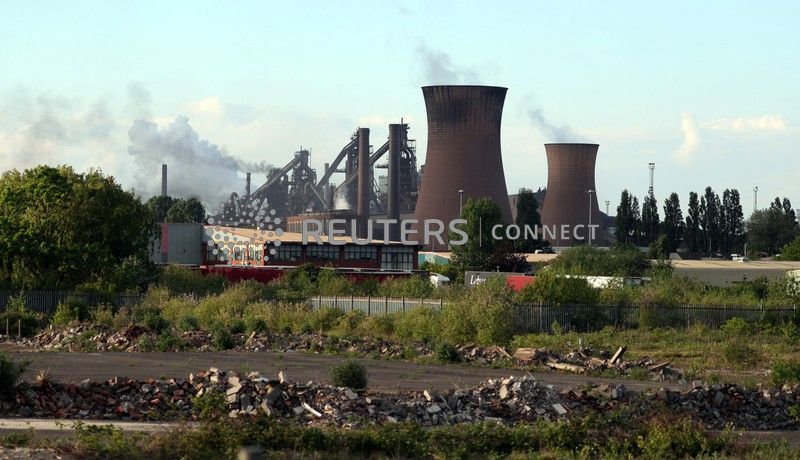 The High Court ordered the compulsory liquidation of the company, although staff will remain employed for now as the liquidator oversees the operation of the main site in Scunthorpe, northern England.

Business Minister Greg Clark said British Steel was open to new buyers, while the opposition Labour Party called on the government to bring it back into public ownership.

Owned by investment firm Greybull Capital, British Steel employs around 5,000 people, mostly in Scunthorpe, while 20,000 more depend on its supply chain.

Greybull Capital, which specializes in trying to turn around distressed businesses, said it had tried to keep British Steel alive but the challenges of Britain’s looming exit from the European Union proved insurmountable.

Greybull paid former owners Tata Steel a nominal one pound for the company three years ago.

After being renamed as British Steel, the company made a profit in 2017 but cut around 400 jobs last year, blaming factors such as the weak pound and uncertainties surrounding Brexit, which it said hammered its order book.

EU steel company shares are currently trading at their lowest in nearly three years, driven down by weak demand, high raw materials costs and cheap imports that can no longer reach the United States due to trade tariffs.

Turning a profit in steel is particularly difficult in Britain, where steelmakers pay some of the highest green taxes and energy costs in the world, as well as facing high labor costs and business rates.

Jeff Kabel, chairman emeritus of the International Steel Trade Association (ISTA), said the government is paralyzed by Brexit and unable to address the steel sector’s challenges.

The collapse of British Steel comes after Germany’s Thyssenkrupp and India’s Tata Steel ditched a plan this month to merge their European steel assets to create the EU’s second largest steelmaker after ArcelorMittal.

Ratings agency Moody’s lowered its outlook on the European steel sector to negative on Wednesday, adding operating conditions would likely worsen in the next 12-18 months. The outlook had been stable since April 2017.

Signs of the ripple effect of British Steel’s collapse are already beginning to emerge.

Hargreaves Services, a materials services company based in Durham, northern England, said earlier if the steelmaker ceases to trade, this could reduce its profit before tax in the next full year by about 1.3 million.

Accountants UHY Hacker Young said the three worst UK areas for increasing personal insolvencies over the last five years were all steel towns, raising concerns over the impact of the British Steel collapse on local economies.

British Steel had asked the government for a 75 million pound loan, later reducing its demand to 30 million pounds after Greybull agreed to put up more money, according to a source close to the negotiations.

It had already secured a government loan of around 120 million pounds ($154 million) this month for its liabilities under the EU’s Emissions Trading System rules which taxes carbon emissions.

Law firm Mayer Brown said the fact that the Official Receiver has taken control of the British Steel liquidation suggests administration was not an option due to a lack of secure funding.

Britain’s business minister said it would have been unlawful to provide a loan to British Steel on the terms the company or any other party had made.

The European Commission said it had not been formally notified of any concrete plans by the UK authorities to provide additional public finance to the company.

British Steel also operates a business in France producing rail, and a wire and processing unit in the Netherlands.

Greybull had been negotiating with the government for the loan, a source said, adding the government wanted Greybull out of the picture before putting more money into the business for fear those funds would eventually end up in Greybull’s hands should the steelmaker collapse.

Greybull are British Steel’s only creditor at the holding company level and have secured their loans against its assets.

The UK government has a chequered history with Greybull, after the collapse of the firm’s airline Monarch in 2017 forced the government to repatriate more than 100,000 stranded tourists at a cost of about 60 million pounds.

“In light of events over the past few weeks, it is clear Greybull needs to do the right thing by getting out of the road and let those who are committed to our industry work to save the business,” the union Community said in a statement.