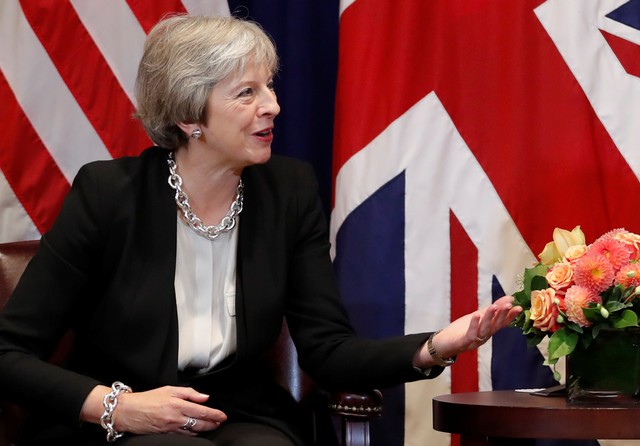 British Prime Minister Theresa May speaks during their bilateral meeting with U.S. President Donald Trump on the sidelines of the 73rd session of the United Nations General Assembly in New York, U.S., September 26, 2018. REUTERS/Carlos Barria/Files

BIRMINGHAM, England (Reuters) – Prime Minister Theresa May accused critics of her plans to leave the European Union of “playing politics” with Britain’s future and undermining the national interest in an interview with the Sunday Times newspaper.

In another interview next to the one with her on the newspaper’s front page, her former foreign minister Boris Johnson pressed his attack of her so-called Chequers plan for Brexit, saying a proposal that Britain and the EU should collect each other’s tariffs was “entirely preposterous”.