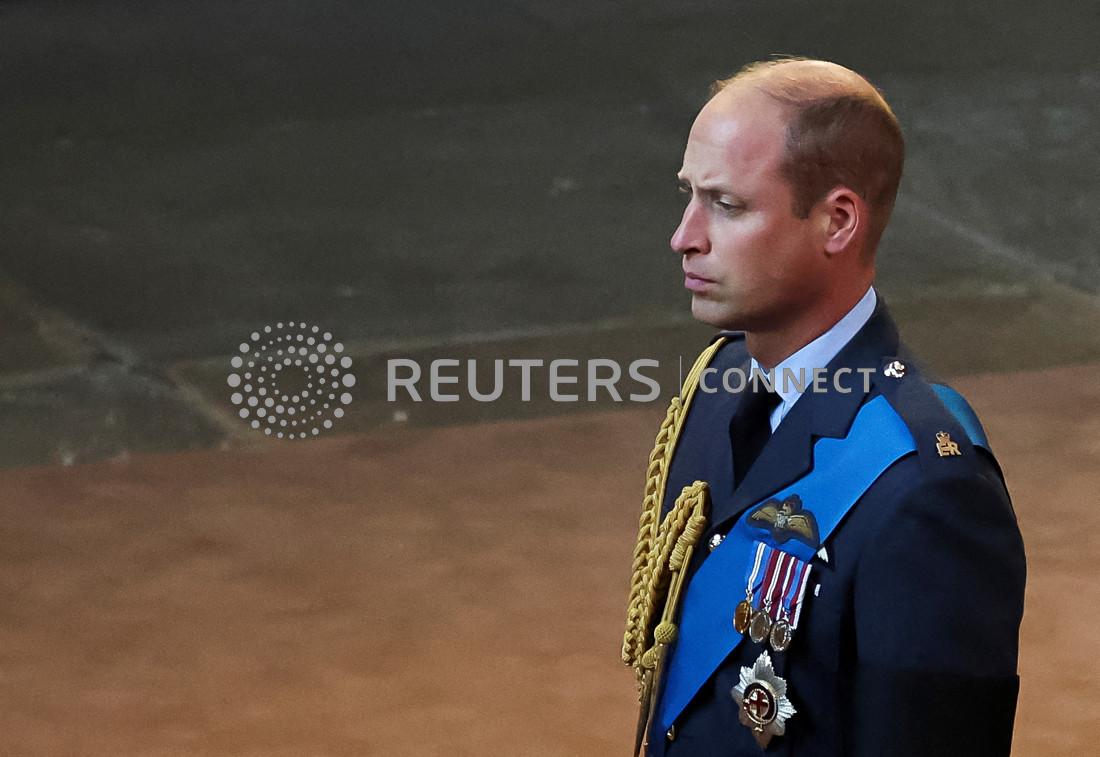 FILE PHOTO: Britain's William, Prince of Wales walks as procession with the coffin of Britain's Queen Elizabeth arrives at Westminster Hall from Buckingham Palace for her lying in state, in London, Britain, September 14, 2022. REUTERS/Phil Noble/

LONDON (Reuters) – Britain’s Prince William and his wife Catherine on Thursday met volunteers and staff involved in Monday’s funeral for Queen Elizabeth, their first in-person public engagement since the event.

Hundreds of thousands of people turned out to watch the funeral of Britain’s longest-serving monarch on Monday, packing out streets and public spaces in central London and in Windsor, where she was laid to rest at a chapel in Windsor Castle.

The couple, now known as the Prince and Princess of Wales, were greeted by a small crowd of wellwishers upon their arrival outside a hall in central Windsor.

A period of national mourning ended on Tuesday, but an extended period of royal mourning for family members remains in place until Monday.

On Wednesday, a virtual speech from William was played out to a climate change conference. Elizabeth’s only daughter, Anne, on Thursday meets Royal Navy personnel who took part in the funeral procession, while the queen’s youngest son Edward will travel to Estonia and Germany to visit troops over a three day trip.