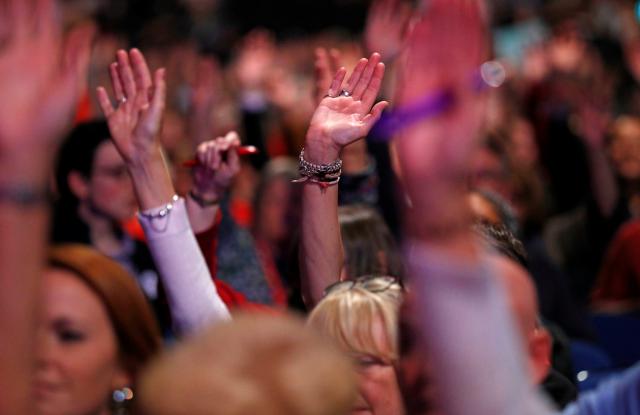 LIVERPOOL, England (Reuters) – Britain’s Labour overwhelmingly approved its Brexit motion with a show of hands on Tuesday, paving for the way for the party to reject any deal with the EU that fails to meets its tests and to keep open the option of a second referendum.

Only a few members of Britain’s main opposition party were seen to vote against the motion, passed at the party’s conference in the northern city of Liverpool.