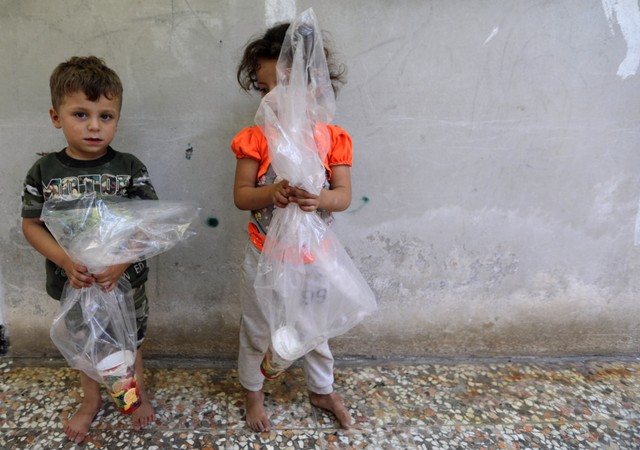 UNITED NATIONS (Reuters) – Britain’s Ambassador to the United Nations Karen Pierce on Friday named several Syrian generals and their units stationed around rebel-held Idlib province, warning in the Security Council that they would be punished for any major military offensive on civilians.

An estimated 3 million people live in the last major stronghold of active opposition to Syrian President Bashar al-Assad’s rule. Syrian government and Russian warplanes began air strikes in Idlib this week in a possible prelude to a full-scale offensive.

The presidents of Turkey, Iran and Russia, meeting in Tehran on Friday for a summit of key foreign players in Syria’s war, failed to agree on a ceasefire in Idlib. Russia has described Idlib as a “nest of terrorists,” while the United Nations has warned an assault on the area could lead to a humanitarian catastrophe.

“There are more babies in Idlib than there are terrorists and I think that should give those engaging in military action pause for thought,” Pierce told a U.N. Security Council meeting on Idlib on Friday.

She named units of the Syrian armed forces and their commanders that Britain believed were stationed around Idlib, including the 4th Armored Division, the Republican Guard, Tiger Forces and 2nd and 5th Corps.

“In addition to the Syrian regime, these commanders, these units, will be held accountable by the international community” if there is major offensive with mass civilian casualties, Pierce warned.

A Syrian government offensive on Idlib could be the seven-year-long war’s last decisive battle. Tehran and Moscow have helped Damascus turn the course of the war.

“We are firmly under the impression our Western partners are stoking hysteria around Idlib, and in any way are attempting to prevent the fall of the last major terrorist stronghold in Syria,” said Russian U.N. Ambassador Vassily Nebenzia.

U.N. Syria envoy Staffan de Mistura warned the council that there were “all the ingredients for a perfect storm” in Idlib and the United Nations was ready to work with all parties on evacuation routes if they were required.

“People should be granted safe passage to places of their own choosing if they want to leave temporarily. We must allow the opening of a sufficient number of protected voluntary evacuation routes for civilians in any direction,” he said.

U.S. Ambassador to the United Nations Nikki Haley said militant groups in Idlib could be targeted effectively without causing a humanitarian catastrophe.

She also said the United States would not consider reconstruction aid for Syria until it sees “concrete results from a genuine political process that ends the war and offers freedom to the Syrian people.”

“No one else should either. That would be absurd,” she told the council. Nebenzia said this was “not acceptable.”