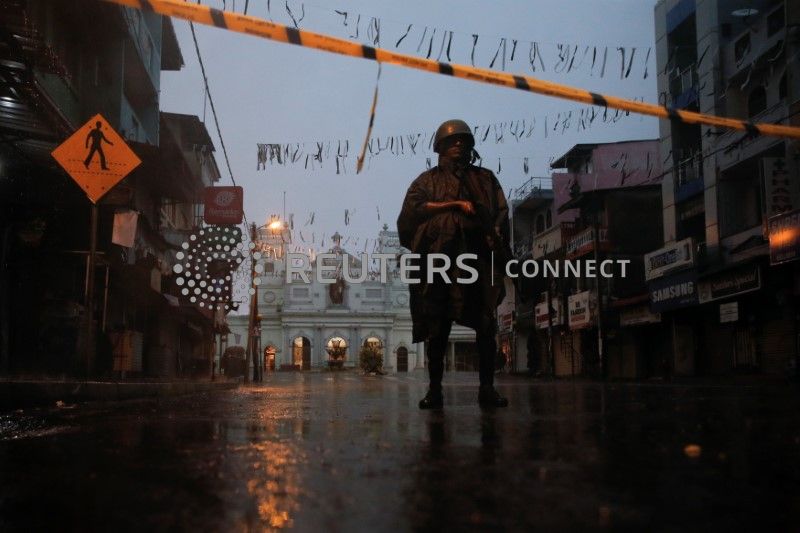 A soldier stands guard at St. Anthony's Shrine during heavy rain, days after a string of suicide bomb attacks on churches and luxury hotels across the island on Easter Sunday, in Colombo, Sri Lanka April 25, 2019. REUTERS/Thomas Peter

LONDON (Reuters) – Britain said terrorists were likely to try to carry out further attacks in Sri Lanka and warned its nationals to avoid the country unless it was absolutely necessary following the Easter Sunday bombings that killed 359 people. The British Foreign Office said future attacks could be indiscriminate, including in places visited by […]