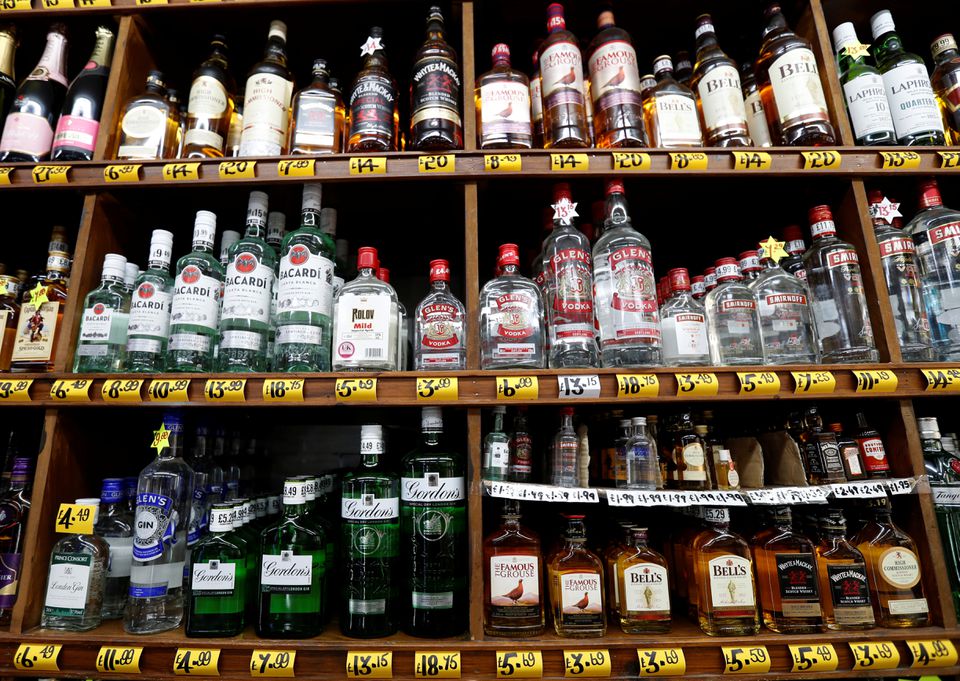 Bottles of alcoholic beverages are seen for sale in a shop in Glasgow, Scotland, Britain, May 1, 2018. REUTERS/Russell Cheyne

The United Kingdom saw a record rise in the number of deaths caused by alcohol misuse last year, which public health officials said was linked to the wider social impact of the COVID-19 pandemic.

Between 2012 and 2019, alcohol death rates in the United Kingdom had been stable, the ONS said.

“The fact that mortality rates from key causes of death related to alcohol increased in 2020 suggests that an increase in alcohol harm was a wider impact of the pandemic,” a public-sector body, the Office for Health Improvement and Disparities, said.

Pinpointing the exact factors which drove the increase in deaths would take time, the ONS said.