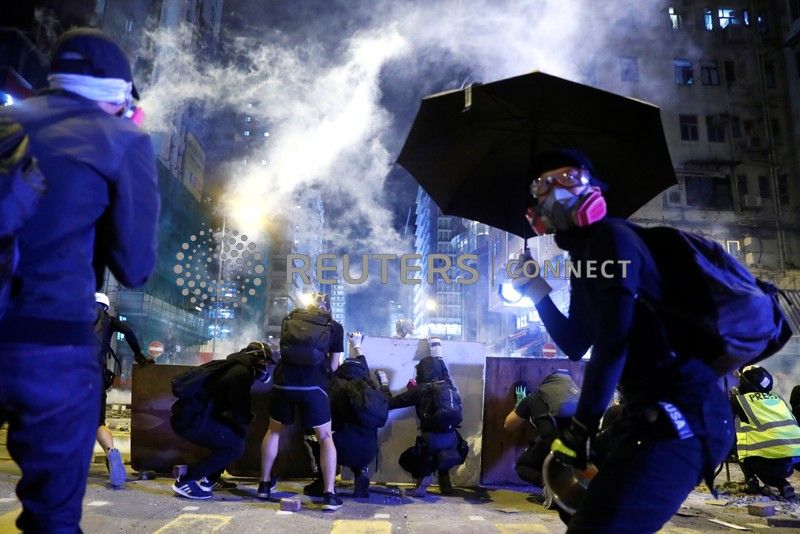 Protesters take cover behind boards during a protest in the Mong Kok area in Hong Kong, China November 11, 2019. REUTERS/Thomas Peter

LONDON (Reuters) – Britain’s Foreign Office said on Monday it was concerned about the escalation of violence between protesters and police in Hong Kong and urged both sides to find a way forward.

Hong Kong police shot and critically wounded a protester and a man was set on fire on Monday, marking a dramatic escalation in more than five months of often violent pro-democracy unrest in the former British territory.

“Today’s events are deeply disturbing. We are seriously concerned by the ongoing violence, and the escalation between protestors and police,” a spokesman for Britain’s Foreign Office said in a statement.

“Protestors should avoid violence, and the police must not respond disproportionately. All sides need to find a way forward through dialogue.”