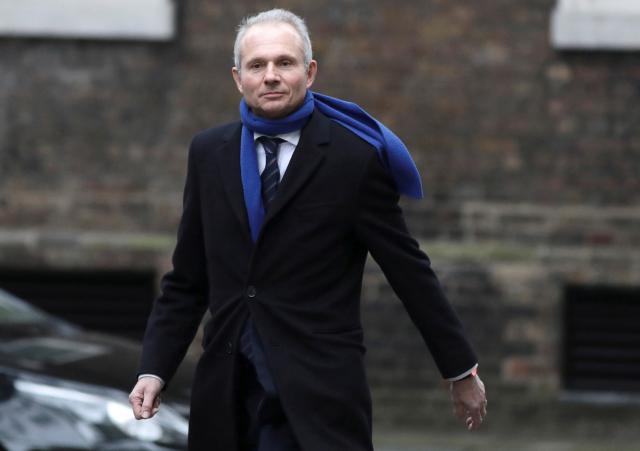 DUBLIN (Reuters) – Britain and Ireland will seek to hold regular summits between leaders and ministers after Brexit to maintain ties strained by Britain’s decision to leave the EU, senior ministers from both governments said on Friday.

Relations between the two have improved markedly since Ireland gained independence from Britain following a bloody struggle almost a century ago.

But ties have been tested over the last two years with Ireland a key player on the opposite side of the Brexit negotiating table to Britain. Arguments over how to manage the border between EU-member state Ireland and British-ruled Northern Ireland have threatened the talks.

“What we’ve agreed is that we should aim for a model which is based upon a pattern of top level summits involving heads of government and senior ministers, probably alternating between the United Kingdom and Ireland year-by-year, and backed up by close bilateral work between ministers,” Britain’s Cabinet Office Minister David Lidington told a news conference.

“There is that shared commitment that we are not going to let political turbulence, which is a reality at the moment, deflect us from recognising that we have so much in common and so much both to gain from continued close work together.”

Lidington, Prime Minister Theresa May’s de facto deputy, was speaking after a meeting of a British-Irish cooperative body that was convened for the first time in a decade earlier this year as a result of a political deadlock in Northern Ireland.

Britain and Ireland are co-guarantors of the 1998 peace deal that ended 30 years of sectarian violence in the province and introduced devolved government. However the power-sharing executive has not met for almost two years following a breakdown between Irish nationalist and pro-British unionist politicians.

Lidington said officials would come up with proposals by early next year to replace the current regular meetings at EU meetings that helped improve the “indispensable relationship”.

Irish Foreign Minister Simon Coveney also sought to play down a number of recent newspaper stories that highlighted a deterioration in relations between the neighbouring countries.

“Some of what you read about the stresses and strains that are sometimes reported between the British and Irish government, on a personal that is certainly not the case,” Coveney said.