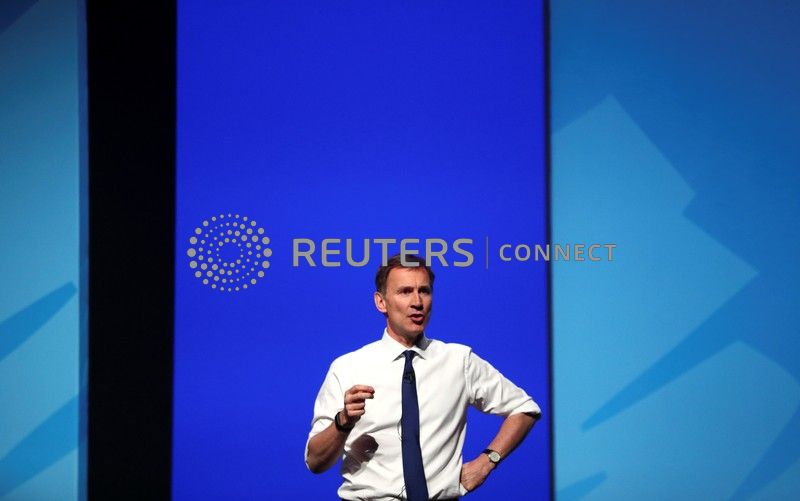 LONDON (Reuters) – Britain banned sales of crowd-control equipment such as tear gas to Hong Kong on Tuesday and called for an investigation after police clashed with demonstrators opposed to a bill that would allow people to be sent to mainland China for trial.

Millions of people have clogged the streets of the former British colony in recent weeks to rally against the bill, which would allow people to be extradited to the mainland to face trial in courts controlled by the Communist Party.

Hong Kong police this month fired rubber bullets and tear gas at people taking part in the protests – the largest since crowds demonstrated against the bloody suppression of pro-democracy activists in Beijing’s Tiananmen Square in June 1989.

The protests, which effectively pitched thousands of often young Hong Kong residents into a standoff with the increasingly mighty Chinese state, are the greatest popular challenge to President Xi Jinping since he took power in 2012.

“What happens in Hong Kong is, I think for all of us, a litmus test of the direction of travel that China goes in,” Foreign Secretary Jeremy Hunt, one of the two contenders to be the next British prime minister, told parliament.

“I today urge the Hong Kong … government to establish a robust, independent investigation into the violent scenes that we saw,” Hunt said.

Britain, he said, would issue no more export licences for crowd-control equipment to Hong Kong until it was satisfied its concerns on human rights and fundamental freedoms had been thoroughly addressed.

“The outcome of that investigation will inform our assessment of future export licence applications to the Hong Kong police,” Hunt said.

Hong Kong returned to Chinese rule in 1997 and has since been governed under a “one country, two systems” formula that allows it freedoms not enjoyed on the mainland, including freedom to protest and a much-cherished independent judiciary.

“We will stand by that agreement and we expect China to do the same,” Hunt said.

“The fundamental freedoms of Hong Kong are what have made it such a stunning success since 1997 and indeed before 1997 – anything that contradicted the letter or spirit of the basic law that preserves them should not happen,” Hunt added.

Many in Hong Kong accuse China of extensive meddling, including obstruction of democratic reforms, interference with local elections and of being behind the disappearance of five Hong Kong-based booksellers, starting in 2015, who specialised in works critical of Chinese leaders.

Chinese censors have been working hard to erase or block news of the Hong Kong protests.