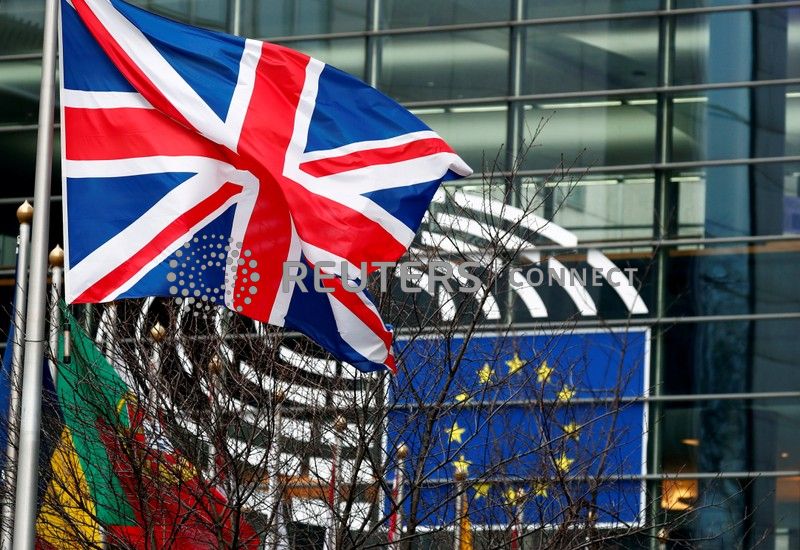 BRUSSELS/LONDON (Reuters) – Britain and the European Union warned each other on Monday that time was running out to reach a Brexit trade deal, with big differences still to be bridged on state aid, enforcement and fishing.

The United Kingdom leaves the EU’s orbit on Dec. 31, when a transition period of informal membership ends following its formal departure last January, and the sides are trying to secure a deal to govern nearly $1 trillion in annual trade.

Prime Minister Boris Johnson, who is also tackling Europe’s worst official death toll from COVID-19, says a deal would be preferable but that Britain, which joined the EU in 1973, would flourish without one.

Talks in London over the weekend were “quite difficult” and “massive divergences” remained on elements of fisheries, economic fair play and settling disputes, an EU source said.

“We are running out of time here,” Irish Foreign Minister Simon Coveney said.

“We don’t need a deal at any price and we have made this clear… A deal is in everyone’s interest,” she said.