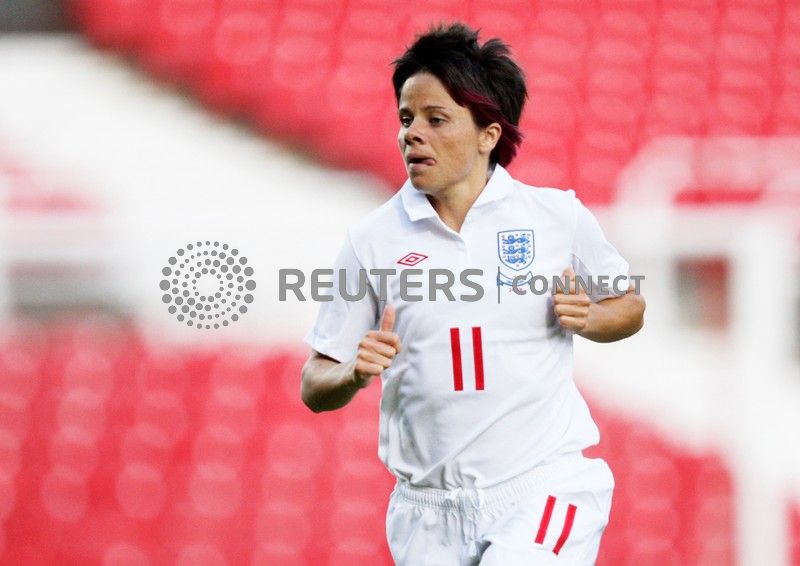 With VAR being used for the first time in women’s football at the 24-team tournament in France, many games have had more than 10 minutes of stoppage time due to the delay over checks made by officials who are not familiar with the system.

Referees in the men’s game were able to get to grips with VAR at the 2017 Confederations Cup before last year’s World Cup in Russia and as well from some domestic leagues across Europe.

FIFA have had a female only rule for referees in the women’s game since 1995. However, Smith said that rule should change to aid the rapid development of officiating.

“I’m all for mixing male officials with female officials,” Smith, a commentator for the BBC at the World Cup, told Reuters in a telephone interview.

“I think if we don’t have enough good female officials, (or) at the level that they need to be at, then you have to bring in men … who have refereed at the highest level (and) are used to VAR… (and) understand how it all works and just mix them together…

“In my opinion it should have been done for this tournament, just to help out. As the football’s getting better and developing I also think that needs to develop.

“They need help, they need training, and while they’re getting that, bring in whoever is best for the job whether it’s male or female.”

Other former Lionesses such as Faye White and Casey Stoney also called for male referees after criticism of Qin Liang’s officiating in England’s 3-0 quarter-final win over Cameroon.

FIFA said there were no immediate plans to change their rule.

The new handball rule introduced by the International Football Association Board (IFAB) on June 1 has also caused controversy. Part of the rule states that a free kick or penalty will be awarded if “the ball touches a player’s hand/arm which has made their silhouette unnaturally bigger.”

Many of the 23 penalties awarded so far have been for handball in situations that some have argued are unavoidable.

Japan’s Saki Kumagai conceded an 88th minute penalty when her arm was struck by a shot from The Netherlands’ Vivianne Miedema in their last 16 meeting on Tuesday. The resulting converted spot kick from Lieke Martens eliminated the 2011 champions from the tournament.

“It’s ridiculous… the handball rule – the penalty against Japan. I felt so sorry for her and in the letter of the law it is a penalty, it did hit her arm, her arm is away from her body,” said the 39-year-old Smith, who scored 16 goals in 93 appearances for the Lionesses.

“It’s just so harsh because the player was so close to her, she didn’t have time to put her arms behind her back or by her sides. It’s such a difficult one. That has to be changed.”

Smith highlighted Friday’s quarter-final between France and holders the United States as the pick of the round – and tipped the hosts to upset the odds.

“I’d love to say England (in the final) and I probably should say England but if I was putting money I would for France-Germany. That would be my final,” she said.

Neither France or England, who face Norway in the quarter-finals, have ever contested a World Cup final. Germany won back-to-back tournaments in 2003 and 2007.

The semi-final line-ups will be known on Saturday after Italy have faced European champions the Netherlands and Germany have met Sweden.