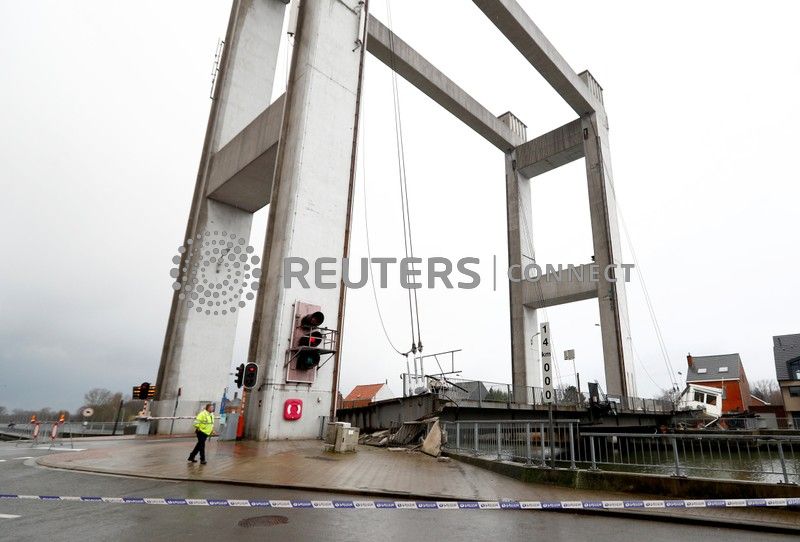 View of a Humbeek lift bridge, which was damaged when lowered onto a barge, blocking Brussels-Scheldt canal traffic, in Humbeek near Brussels, Belgium, January 17, 2019. REUTERS/Francois Lenoir

GRIMBERGEN, Belgium (Reuters) – All traffic on Belgium’s Brussels-Willebroek Canal, a freight link between the capital and the Scheldt estuary around Antwerp, was halted on Thursday until at least early Saturday and probably longer after a bridge accident.

Officials were still assessing the damage to the Humbeek Bridge, which lifts on cables to let ships and barges pass beneath, a spokesman for the Port of Brussels authority said.

No one was hurt, local police said.

A spokesman for the waterways authority in Flanders, the region where the bridge near Grimbergen is located, said that a crisis meeting had been convened for 3 p.m. (1400 GMT).

Reuters journalists at the site, 15 km (10 miles) north of Brussels city centre, saw the roadway of the bridge had smashed into a waterside cabin.

A local government official said the opening of the bridge was normally handled by remote operators watching traffic on the canal via video cameras.