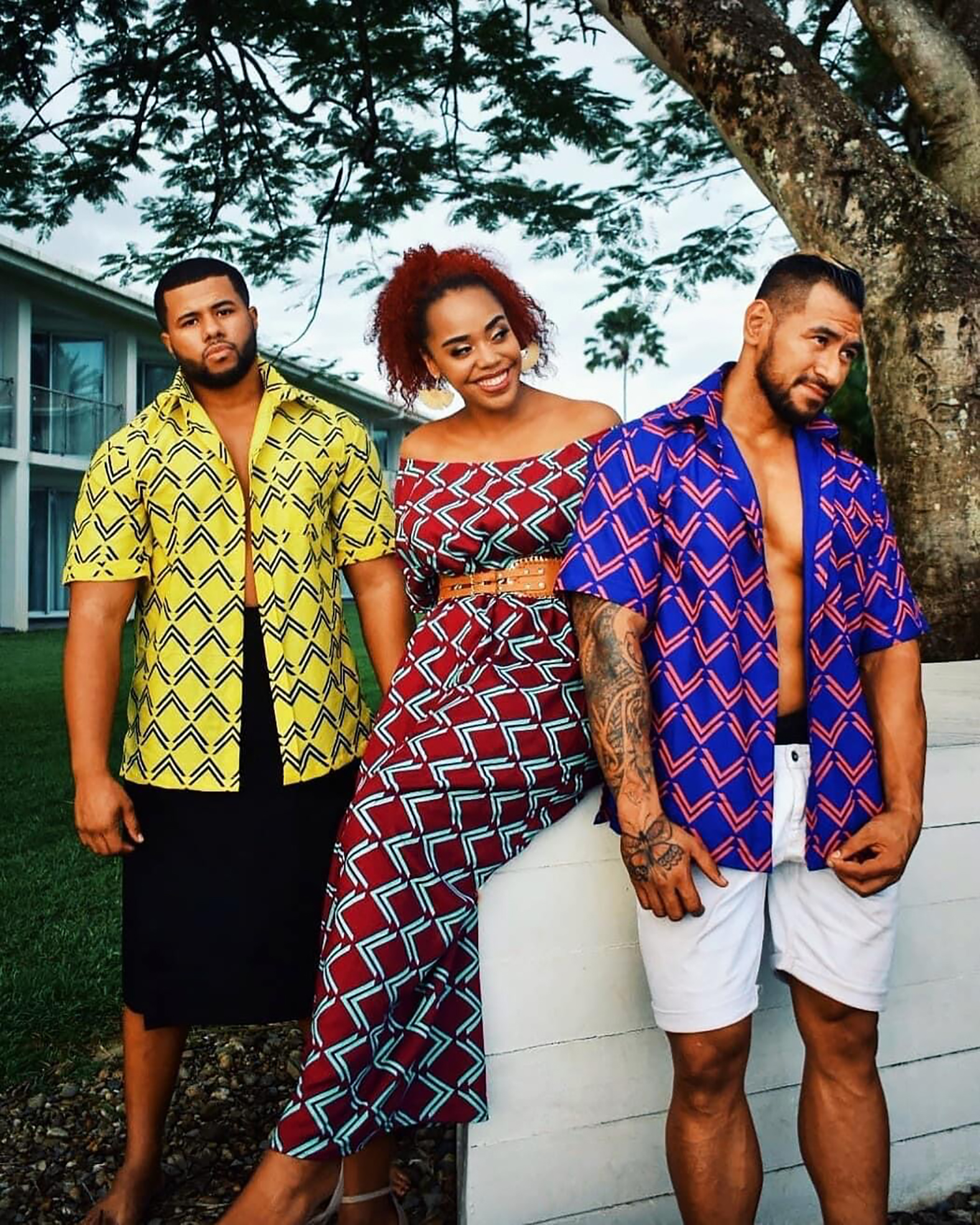 Many young women grow up dreaming of looking beautiful and feeling special on their wedding day.

It’s a fairytale that Cherish Prasad has listened to women tell him enough times to inspire his newest collection.

The collection the Savusavu designer plans to showcase at the Fiji Fashion Week (FJFW) Oceans Gala Show that will take place on Saturday, November 21 at the European Union residence in Suva.

“Fashion has always been a passion of mine since I was young. My mother was a huge inspiration towards my career because she was very creative and fashionable.”

That interest directed him towards fashion trends and he started to pay attention to new fads. Living in the sleepy northern tourist town of Savusavu did nothing to deter his fashion dreams.

“I’m originally from Savusavu and it has always been my go-to place to bring out my creative side, an escape from the hustle and bustle of the city life.”

In 2013, as a high school student, Prasad saw an advertisement for the national student designer competition that FJFW staged, it was the most natural thing to enter.

The first Savusavu student to participate, Prasad entered FJFW as a student designer in 2013 and in 2014 he won that competition.

“I launched my first full collection in 2015 and since then I’ve been operating from my page on Facebook and Instagram.”

But the first commissioned project he ever designed in those early years was a wedding dress and it sparked a keen interest that has stayed even in the five years it had taken him to put his name out there in the tough bridal sector.

One of the sector leaders is Hupfeld Hoerder, who will headline or be the main attraction at the FJFW Oceans Gala Show.

“It’s exciting and an honour to be showing with Huppy because he’s been in the industry for so long. He is someone that we’ve always looked up to as young designers.”

After a break from showing at FJFW Prasad’s 2019/2020 collection, an array of flamboyant evening gowns were well received.

“Fiji Fashion Week last year was a big improvement for me. I managed to launch my first print, which was a huge success.”

So to keep that momentum flowing while following a popular local trend, the Cherish bridal collection will feature prints.

“My print is very unique and it distinguishes me from the other labels.” The collection, named “O Yau” which means “Me” in the iTaukei language is very personal for Prasad.

“The print is inspired by who I am as a person it’s a mixture of Fijian and Indian motifs incorporated with my brand logo. The cuts and trims of the garment will showcase my style.”

Confident he can create that special something that local brides want, the designer has researched his market.

Another “something new” he is bringing to the runway is the use of separates as opposed to one piece dresses of bridal wear that he said was “hot” on the international scene.

“International designers are not just doing gowns/ dresses but are doing skirts and pants as part of their bridal collections so I’m incorporating that into my collection this year.”

But like many struggling with the impact of the pandemic on the global supply chain, sourcing fabrics has been a difficulty as designers and manufacturers scramble to find affordable raw materials for the fashion season.

He has had to improvise and so this collection will be the result of innovation.

“I’ve done my research and asked girls and ladies about their big day and how they picture themselves when they get married.”

“Some said they wanna look like a princess from their childhood fairytale stories or like a Barbie doll.

“Some said that they want to see themselves as and feel breathtaking.

“I’m a very vintage inspired designer so what I do is try and give a modern twist on vintage look so this collection is an answer to that, it’s a modern take of a princess look.”

Cherish Designs retail at the Shopaholic Boutique on Pratt St in Suva.