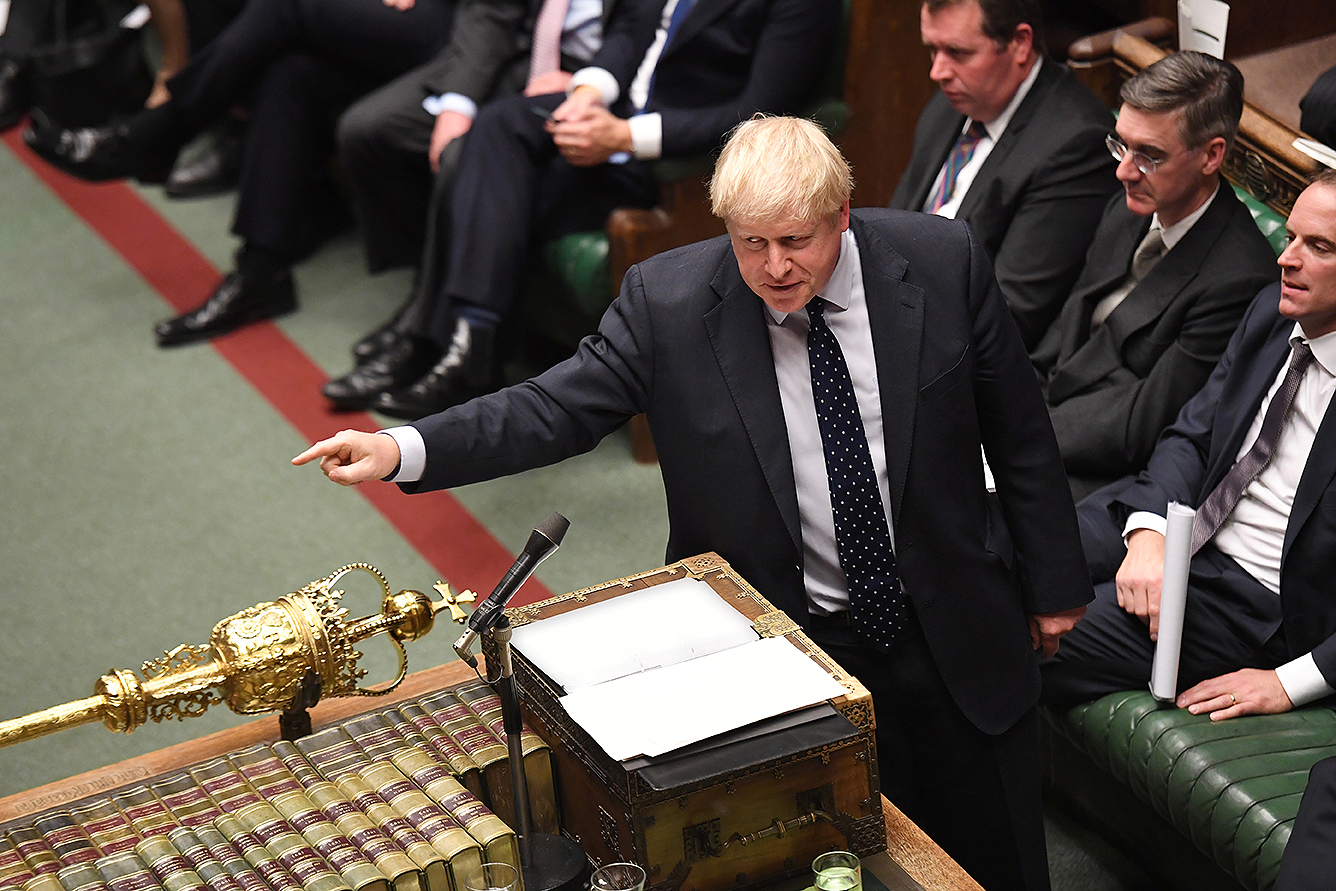 Britain's Prime Minister Boris Johnson speaks during a debate after the Queen's Speech in the House of Commons, in London, Britain October 14, 2019. ©UK Parliament/Jessica Taylor/Handout via REUTERS ATTENTION EDITORS - THIS IMAGE WAS PROVIDED BY A THIRD PARTY - RC141715A200

The British parliament hasn’t scheduled a Saturday session since the Falklands War in 1982. Instead of a foreign invasion, MPs discuss and vote on the freshly agreed Brexit deal agreed between Prime Minister Boris Johnson’s team and the EU.

An Act of Parliament approved earlier in September looms over the heads of the government, who would be forced to ask for an extension if parliament can’t pass a deal before the end of Saturday – anathema to Boris Johnson’s Brexit “do or die” pledge.

For the fourth time, British lawmakers vote on a proposal setting out the terms of the divorce between the UK and the EU following the 2016 referendum. Theresa May, the previous prime minister, presented her deal to the House of Commons three times but was heavily defeated.